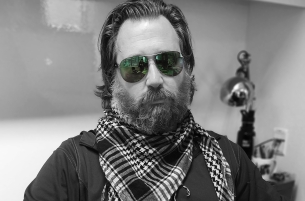 Previously serving as Executive Creative Director in New York, Kelly will now report directly to CEO David Shulman and be responsible for driving the creative vision for the agency across offices in New York, San Francisco, Detroit and Atlanta.

Since joining Organic in 2012, Kelly has re-built Organic’s New York Creative team, bringing new energy and thinking that has driven substantial results for Organic’s clients. “Chris is an exceptional talent who brings creative horsepower combined with a leadership style that inspires our teams and clients to do amazing work,” said Shulman. “He has driven tremendous impact over the last three years. In his new role as Chief Creative, I look forward to partnering with him to drive Organic’s future.”

“I’m thrilled to take on the position of CCO,” commented Chris Kelly. “Organic has been a pioneer in the digital space for the past 21 years. I welcome the challenge of continuing our legacy of producing killer work, while helping to redefine how we approach digital in the years to come.”

Prior to Organic, Kelly was Creative Director at Wunderman, leading accounts including Citibank, Dell, Kodak, Land Rover and Nokia. He also spent a decade at Ignition13 where he led creative output for Converse, Estée Lauder, Guinness, Motorola, Smirnoff and Sony.

In addition to being a remarkably talented creative, Kelly’s personal life has helped define the trajectory of his career. His background includes five years spent on the road as a touring musician, which led him to designing album covers as his first foray into advertising. His career path then led him to running his own design firm while simultaneously teaching at Pratt Institute. Kelly’s eclectic travels have landed him in locales as diverse as North Korea, Iran, Botswana and Vietnam. Armed with a backpack, an exploratory mindset and no itinerary, he finds personal and professional inspiration from unexpected places.