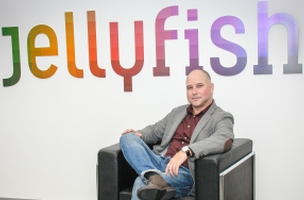 Digital marketing agency Jellyfish has announced the launch of Jellyfish South Africa. Tim Lombard will head up the Durban-based agency, which has secured the South African Sugar Association (SASA) as its launch client.

With over 20 years of industry experience, Lombard has been appointed as managing director of Jellyfish South Africa and will report directly to Jellyfish Group CEO Rob Pierre. In 2003, Lombard founded his own media company called Famous Publishing, which focused primarily on community-based print and online magazine brands. The company was acquired by South Africa’s leading publishing group Media24 in 2011.

The expansion marks the Jellyfish Group’s desire to move into new territories and create a global footprint. As well as having two offices in the UK, Jellyfish launched its US agency in 2009. Earlier this year, the agency also made a move into ASIAPAC when it formed a global strategic partnership with Japan’s leading digital marketing group, IREP.

Pierre comments: “The combination of finding the right individual to head up Jellyfish South Africa and a desire to expand into emerging markets, made this the ideal time to launch the latest agency within the Jellyfish Group. Tim has both the relevant skill-set and necessary experience to make this venture a success and we can’t wait to make our mark in this exciting market.”

After spending some time working in the UK with Jellyfish, Lombard comments: “As the digital industry continues to expand into every corner of the world, the ability to work with a global network of experts is where the future is at. The South African digital market is still in its early stages and launching an agency here should contribute to its growth. We’re aiming to offer a world-class service to our clients here in South Africa, starting with the South African Sugar Association.”