Heart of London flooded with hunks in experiential stunt 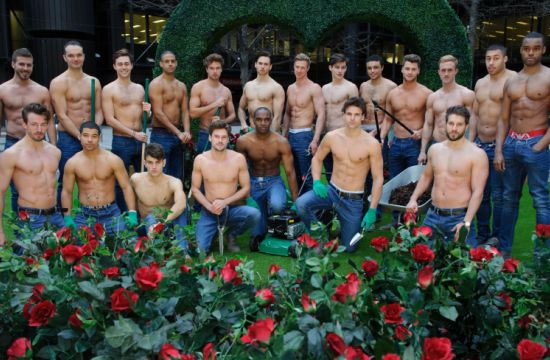 On Valentine’s Day this year, DIET COKE,returned the hit TVC ‘Gardener’ to viewers’ screens to coincide with the 20th anniversary of the revolutionary DIET COKE BREAK commercial. The TVC is being supported with a £3.5million campaign that includes TV, OOH, experiential, radio, press and social media. But what's more, the return was celebrated by an hunk-tastic stunt in the center of London as 20 gorgeous guys descended on Finsbury Avenue Square for a special treat.

Marking two decades since the ‘Hunk’ ad first appeared in 1994, the campaign, which has been hailed as one of the all-time favourite TV commercials, will air on all main terrestrial and satellite channels including ITV, C4, C5, Film4, E4, Music4, Sky from 14 February to the end of May.

Created by BETC London and directed by award-winning Rocky Morton, the new TVC entitled ‘The Gardener’ was released last year to celebrate the brand’s landmark 30th anniversary.  Introducing a new generation of women to the hunk set to the iconic Etta James track, ‘I Just Want To Make Love To You,’ model Andrew Cooper plays the coveted role of the DIET COKE Hunk, starring alongside a group of fun-loving female friends. The advert aired on television in March, as part of a fully integrated ‘Sparkling Together for 30 Years’ marketing campaign, marking a momentous year for the brand.

As part of an integrated digital, experiential and in store campaign, DIET COKE hinted at the return of the ‘Hunk’ TVC with teaser ads on its Facebook page, followed by an experiential stunt in the financial heart of London. Finsbury Avenue Square was transformed into a live ‘hunk experience;’ a recreation of the iconic advert complete with 20 hunks in front of London’s city workers. The stunt was courtesy of Lexis and Reverb.

Furthermore, following the return of the TVC back onto consumers’ screens, DIET COKE will also be offering fashion-loving consumers a free Look or Now magazine with every promotional pack between 17 February and 30 March. The on-pack promotion will be supported by OOH, radio, digital and PR, as well as targeted blogger outreach to encourage online advocacy.

Bríd Drohan-Stewart, Marketing Activation Director, Coca-Cola Great Britain, says, “The return of ‘The Hunk’ is all about reaching out to and engaging with our core female audience. We wanted to celebrate not just the brand heritage, but also the women who have been enjoying the DIET COKE BREAK for the past twenty years – it’s all about showcasing female empowerment and camaraderie."