The pair are contemporaries of Peter Grasse, the managing director and executive producer of Dictionary Films Tokyo 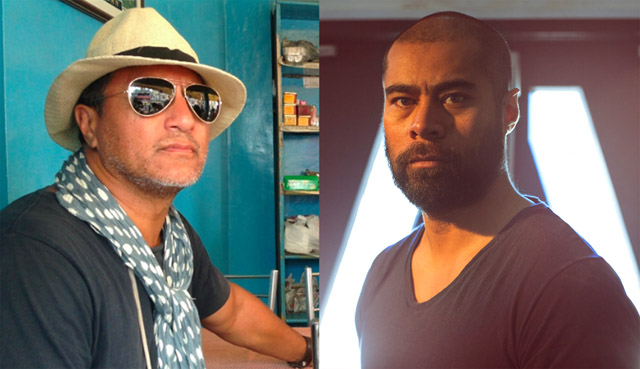 "With Peter's recent launch of our operations into Tokyo and all the exciting new work happening there, we are continuing to expand our talent base globally," Rossiter began. "Miki and Robin are both a very big deal; it will be our pleasure to recommend them to our colleagues and to explore unique solutions drawing on their phenomenal experiences and talents."

With his proven expertise in directing everything from moving anthemic masterpieces to thoughtful comedic gems, Magasiva's reputation is built upon his keen scriptwriting abilities, his love of performance, and highly polished storytelling craftsmanship. Over the past several years, he has directed ads for DB Breweries, Commonwealth Bank, F. Whitlock & Sons, Nike Tennis and Old Navy via Saatchi & Saatchi, M&C Saatchi, US&Co. and Crispin Porter + Bogusky.

"Since I'm Samoan, I asked Chris if he would change the company name to Samoan Dictionary Films but he declined," Magasiva quipped, adding: "It's a work in progress. I'm very happy to be joining his amazing team though."

Also well known as a master working across both comedy and drama, Walters began his career with the award-winning short film "The Platform," and he has gone on to direct some of Australasia's most acclaimed and controversial advertising campaigns. Honoured as one of ADFEST's Best Directors, he stands behind scores of epic ads for eBay, Hyundai, Nimble, Telecom and many others, alongside leading creatives from the likes of Clemenger BBDO, Havas Worldwide, JWT, McCann, Shine, and Saatchi & Saatchi.

Walters, who is of Maori descent, added: "I loved the book so much I joined the company."

Reels for Magasiva, Walters and all Dictionary U.S. roster directors can now be viewed at http://dictionaryfilms.com.