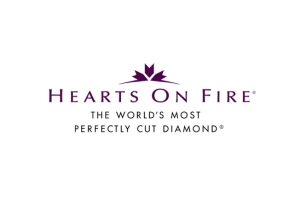 TBWA\Chiat\Day New York has been awarded creative duties for Hearts On Fire, the Boston-based diamond manufacturer and jewelry-design company famously known as architects of “The World’s Most Perfectly Cut Diamond.”

Hearts On Fire, which was acquired by Chow Tai Fook Jewelry Group in June 2014, is sold in over 500 retail locations in 32 countries around the world, including 13 Hearts On Fire brand boutiques and at heartsonfire.com.  After a competitive review led by Ark Advisors, TBWA\Chiat\Day was awarded creative duties that include a global brand campaign launching later this year.

“We are thrilled to take this step with the TBWA team,” said Caryl Capeci, Chief Marketing Officer, Hearts On Fire. “We are increasing our investment in all consumer marketing efforts, both for the brand overall and to support our independent retail partners. Our new global advertising campaign will raise the visibility and create excitement for the brand worldwide.”

Commenting on the appointment, TBWA\Chiat\Day New York CEO Rob Schwartz said, “We found a kindred spirit with Hearts On Fire. They truly want to disrupt the status quo of the world of diamonds, and we are looking forward to working with them."