Deutsch NY's Harrowing Campaign Will Make You Prepare for an Emergency 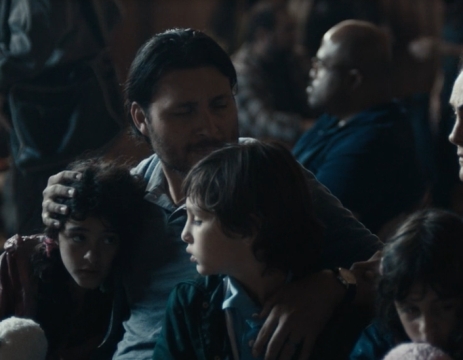 Year after year, communities nationwide suffer from natural disasters. Emergencies appear and leave behind a trail of devastation, the worst part of which is the potential for being separated from your family. New work from Deutsch NY for the Ad Council in partnership with FEMA highlights the importance of planning on a place to meet your family after an emergency, making sure that one disaster doesn’t lead to another.

The campaign portrays the sudden desolation disaster’s leave in their wake and their effect on the digital world upon which we rely so heavily.  The hauntingly beautiful TV was directed by Danish cinematic director, Nicolai Fuglsig and elicits heart-stopping reactions from parents—and that is the goal—to motivate parents into action to create emergency plans for the safety of their families. 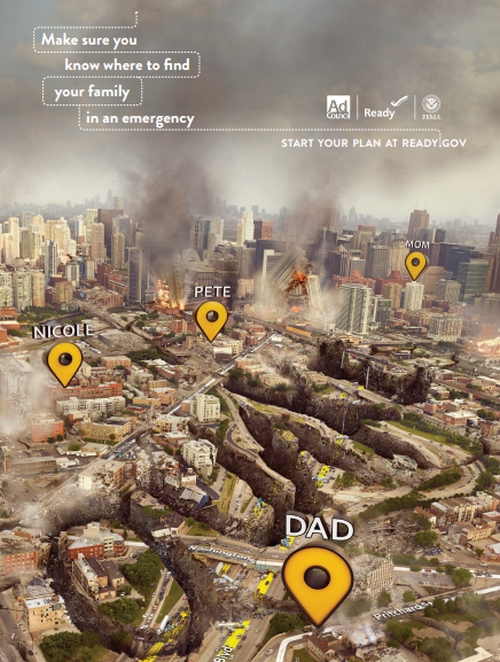 The adrenalizing print pieces portray a series of scenes that have been struck by natural disasters – an earthquake, a tornado, and a flood. Digital and physical elements have been damaged and destroyed in the wake of the events, reminding people that you don’t know where you’ll be, or what services will be available, when disaster strikes. 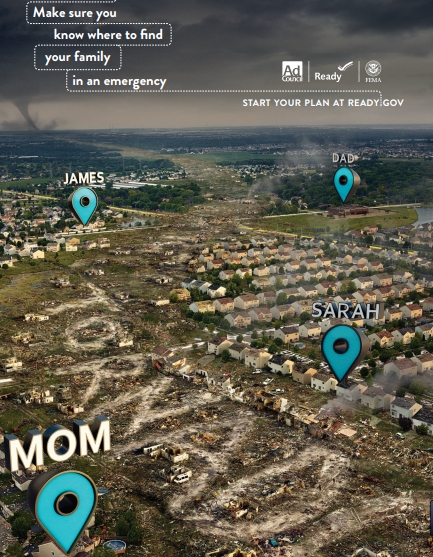 To accurately convey the messaging, Deutsch enlisted the talents of Dutch photographer, Jaap Vliegenythart, and took to the skies by helicopter to capture the images of Chicago and its surrounding urban landscapes. Capturing the photography was only a fraction of the process, as hours were spent scouting potential locations across the country that provided a range of urban constructs. The images were then heavily edited in post-production – in total, over a hundred man-hours of work were spent on each image.

September is National Preparedness Month and the work, in English and Spanish, will be blanketing the airwaves (TV, digital, social, radio) and will be seen around the U.S.A. with OOH and print work.