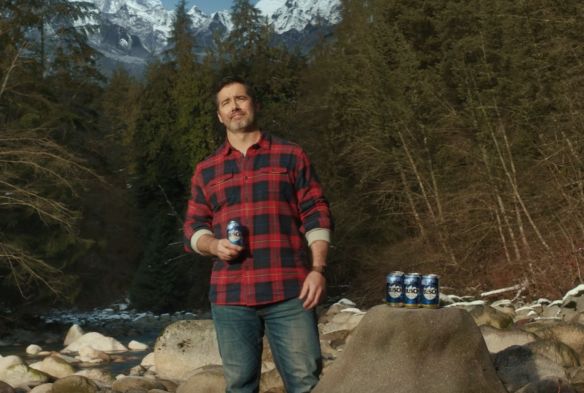 Busch is making its much anticipated Super Bowl debut when the brand’s “BUSCHHHHH” commercial airs during the first quarter of Super Bowl LI on February 5. Although new to the Super Bowl spotlight, Busch has been a mainstay in American beer culture since August Busch Jr. put the family name on the beer in 1955.

Busch’s 30-second Super Bowl spot revitalises some of the brand’s iconic marketing assets like the 'stream pull' and 'BUSCHHHHH' can crack sound – which first appeared in 1978 and continued in different variations until 2009. The spot also introduces consumers to the Busch Guy for the first time, who will be featured in TV assets throughout the year. Additionally, the Busch cans featured in the commercial reflect the brand’s new look that will hit stores in early April.

“The goal for our first-ever Super Bowl commercial was to create a spot that was unmistakably Busch,” said Chelsea Phillips, Sr. Director of Value Brands at Anheuser-Busch. “By featuring our iconic ‘stream pull’ and the ‘BUSCHHHHH’ can crack sound, we created a relatable and funny spot, expected to resonate strongly with those consumers who have the same values that we do.”

Anheuser-Busch is among the Super Bowl’s most prolific advertisers, serving up some of the most memorable, humorous and touching commercials for decades. However, Busch’s first Super Bowl appearance is an unprecedented move, allowing the brand to further fuel recent growth and maintain its leadership position in the high-volume value segment, which accounts for 25% of total beer.

“Busch is staying true to who we are and what we stand for as a brand with the ‘BUSCHHHHH’ spot,” added Phillips. “Plus, the Super Bowl gave us the ideal platform to tease our refreshed packaging that will hit shelves in April.”

The “BUSCHHHHH” spot was developed in conjunction with Deutsch New York, who was named Busch’s new lead creative agency in August 2016.

“We’re excited to be reintroducing Busch to the country at the big game. The creative, shot by director Harold Einstein, pays homage to the classic elements of Busch advertising while putting a fresh, comedic spin on it for today,” added Dan Kelleher, Chief Creative Officer of Deutsch’s NY office.