Roger was most recently head of design at Barton F. Graf 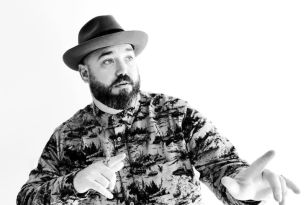 Deutsch has announced the addition of Roger Bova to its New York office. Joining as head of design, Roger will report directly to Dan Kelleher, CCO New York, and will work across all accounts including Busch, Johnson & Johnson, Siemens, DraftKings, PNC Bank and on a variety of innovation projects.

“Roger is everything we could want in our Head of Design—brilliant art direction and creativity, as well as great leadership and a genuine passion for the business. We’re thrilled to welcome Roger to Deutsch,” said Dan Kelleher, Chief Creative Officer of Deutsch’s New York office.

“I can’t state how excited I am that Dan brought me aboard to lead Design. Deutsch's roster of established and upstart brands are fertile ground for bringing a strong design POV to all of their clients’ touchpoints - from screens to shelves. It’s going to be fun. I can’t wait to get going," said Roger.

Most recently head of design at Barton F. Graf, Roger worked on clients including Clash of Clans, Ketel One and Snyder's of Hanover, as well as The Coverage Coalition for the Affordable Care Act. Prior to BFG he was Design Director at Anomaly, where his work for Budweiser led to an evolution in packaging and brand guidelines. He began his career as Art Director at Plexifilm, an independent DVD label with a focus on music, art and foreign films. In 2017 Roger opened his own studio, Roger&Co, working with a variety of clients, design firms and ad agencies, some of which included Arnell Group, Rockstar Games, Abrams Books and A Public Space literary magazine.