Ward previously founded his own agency 'The Words Are Pictures Studio' 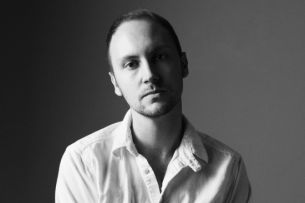 Deutsch New York Chief Creative Officer, Dan Kelleher, announced today that Craig Ward has joined the New York office as EVP, Head of Design. Most recently, Ward was the founder and creative director of his own agency – The Words Are Pictures Studio – where he has worked on high-profile clients including Calvin Klein, Nike, Adobe, Google, Hennessy, The Guardian and The New York Times. Ward is also the founder and creative director for Fatale, a project that gives specialists across many disciplines creative direction.

“Our design department is ever-expanding and we needed a leader that would be able to elevate it even more to compete with the best in design and advertising. Craig’s an incredible talent and incredibly nice – we’re lucky to have him,” said Kelleher.

“There's a great energy at the agency and things feel poised to pop. I look forward to shaping the already talented design team at Deutsch into something even more dynamic and formidable,” said Ward.

Earlier in his career, Ward was the lead designer and creative director at Grey New York, where he oversaw production for Ketel One Vodka, the NFL, Canon and DirecTV. Best known for his typographic works and installations, Ward is an ADC Young Gun, and recipient of both Communication Arts' and the TDC's Certificate of Typographic Excellence. He is the author of the Amazon best-selling book 'Popular Lies About Graphic Design,' and his work has been shown, awarded and documented globally in countless books, publications and exhibitions.