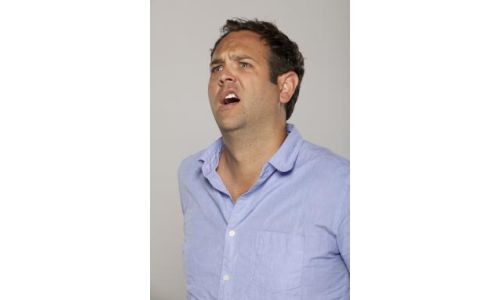 Deutsch LA has announced that it has hired Matt O’Rourke, best known for his off-kilter Old Spice work at Wieden+Kennedy, as Executive Creative Director.

“Our mission this year is clear: to attract and hire the very best talent in the industry,” says Deutsch Chief Creative Officer Pete Favat. “We are in the process of building an ‘A Class’ of creative talent across all disciplines.”

Matt will co-lead all digital efforts at Deutsch LA with Jerome Austria, who recently rejoined Deutsch LA. Matt’s work includes such buzzed-about work as Old Spice Muscle Music, Internetervention, and Wolfdog, and the Oreo Separator. “Matt brings us an insane level of creativity. His reputation and track record of creating some of the most awarded work on the planet makes him the perfect candidate for Deutsch LA,” Pete says.

“Mike Sheldon, Pete Favat and Winston Binch are driven to make smart, powerful, opinion-forcing-work at a high volume. The talent they've pulled in a very short period of time is remarkable,” Matt says. “The office is full of brilliant people that I respect very much, and I'm humbled that they've asked me to join them. I cannot wait to throw away my sunlamp and get down there.”

In addition to Old Spice, Matt also served as Creative Director on the Levi’s, Sony, Powerade and Oreo brands at Wieden+Kennedy. Prior to joining W+K in 2011, Matt worked as an Executive Creative Director at Crispin Porter and Bogusky, where he led creative efforts on Burger King, Jell-O, and Kraft Mac and Cheese.

Matt’s career as a creative director began at McCann Erickson in New York, where he built and led that agency’s digital creative capabilities, and was responsible for work across the agency’s entire roster.

Some of Matt’s creative career highlights include multiple Super Bowl commercials and repeated recognition by top award shows, including Cannes, Clios, and the One Show.