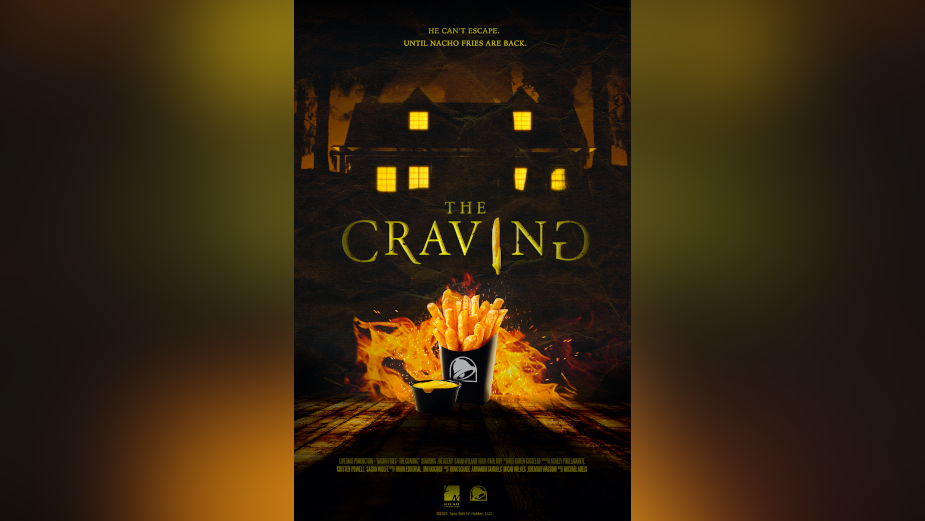 Taco Bell has launched its latest campaign titled 'The Craving' for the return of the fan favorite, Nacho Fries. The cinematic-style spot starring Sarah Hyland and Joe Keery follows a thrilling plotline where Joe Keery embarks on a journey to overcome the intense desire for Nacho Fries.

The thrilling spot even features an original song from Micheal Abels, the composer for iconic horror films such as 'Get Out' and 'Us.'

This is the sixth faux movie trailer style campaign for the Nacho Fries Saga produced in partnership with creative agency Deutsch LA. In 2018, the saga began with the first and second 'Web of Fries' campaigns featuring Josh Duhamel. The following year, James Marsden starred in 'Nacho Fries: Retrieval' and later the brand released a spot featuring Darren Criss in a trailer titled, 'Chasing Gold.' In 2020, the brand dropped an action style spot titled 'Supply & Demand,' and now the thriller-based spot, 'The Craving' marks its sixth trailer.

Taco Bell’s Nacho Fries will be available nationwide at participating locations for a limited time this holiday season starting December 24 for the second time this year.