Ryan was previously SVP, creative director at the agency 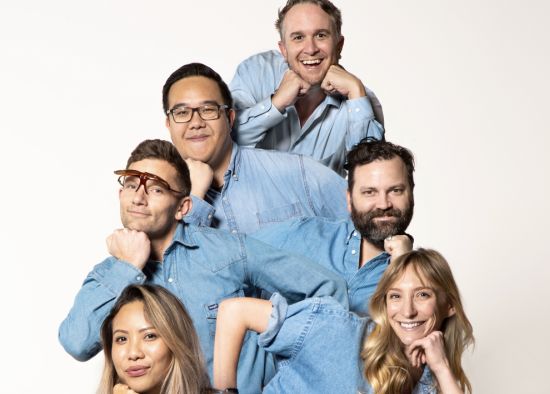 Deutsch today announced it has named Ryan Lehr as executive creative director for the agency’s Los Angeles office. Lehr was tapped by Deutsch in 2012 to write and develop creative campaigns for key brands under the Keurig Dr Pepper (KDP) umbrella. Since then, he has risen through the ranks and developed award-winning work for Dr Pepper, 7UP and Taco Bell. In his new role, he will continue to report to Deutsch’s Los Angeles chief creative officer, Brett Craig.

“Ryan hasn’t just created ads, he’s invented multiple intellectual properties - that have lasted - on behalf of Dr Pepper,” says Craig. “From Lil’ Sweet to Fansville, he creates characters and conceits that America loves and more importantly, really work. I look forward to what he will do next as a leader at Deutsch.”

Lehr got his start in advertising working reception at TBWA\Chiat\Day. He then landed his first copywriter position at Omelet and helped establish the agency’s LA office working on campaigns for major entertainment brands including Marvel, Activision, ABC, FOX and TNT. Returning to TBWA\Chiat\Day in 2011, Lehr worked on Pepsi and Tostitos prior to joining Deutsch. Outside of advertising, he has written and sold pilots to FOX, Spike Network and Adult Swim.

“I’ve been at both big and small agencies, but from day one I felt right at home at Deutsch,” says Lehr. “The agency has all the resources and benefits of a larger shop; but also, the ability to be quick and nimble. From account to strategy, through creative and production, we have the most talented people in the industry. And our KDP clients are also some of the best in the biz. I am extremely fortunate to be in this position and to have the opportunity to continue to make breakthrough and effective work with people I truly like. I’m excited for everyone to see all the great creative we have planned for 2019.”

Lehr can be credited for some of Dr Pepper’s most iconic work including Lil’ Sweet which has been one of the most successful campaigns in Diet Dr Pepper history. Lehr also spearheaded Dr Pepper’s latest campaign “Fansville,” a parody TV show drama that aired throughout the 2018 College Football season. In 2016, Lehr helped lead Taco Bell’s Super Bowl campaign for the highly successful Quesalupa product launch.

This announcement comes of the heels of Brett Craig’s elevation as Chief Creative Officer for Deutsch’s Los Angeles office.