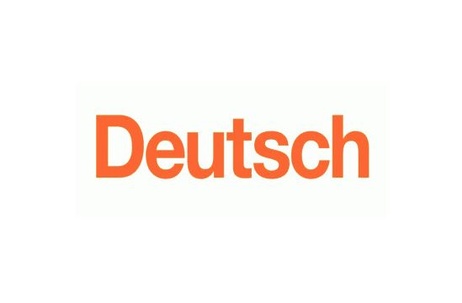 Deutsch LA announced today that it has hired Pete Favat of Arnold Worldwide as its new Chief Creative Officer.

Pete, who co-created ADWEEK’s “Campaign of the Decade” and the most successful anti-tobacco campaign in history with his work on Truth, has served as the Chief Creative Officer of the Boston office at Arnold since March 2006 and also served as its Managing Partner.

“Pete is a great leader with a huge heart.  He’s great at new business and one hell of a lot of fun to be around,” Sheldon says. “We’re thrilled to have him joining us and look forward to many happy years together.”

Pete will join Deutsch LA on October 14, and relocate to Los Angeles. He has been named a partner in addition to his CCO role overseeing clients such as Volkswagen, Target, Taco Bell, Nintendo, Dr Pepper and Snapple.

“Mike and all the folks at Deutsch LA have created amazing momentum,” Pete says. “Their super-charged digital, design, media, planning and experiential capabilities and a fantastic client roster make this a dream opportunity for me. I look forward to years of creating at Deutsch LA with crazy enthusiasm.”

Pete started his career in New York City working on Diet Coke and Coca Cola. He moved to Boston at age 25 to work on Converse where he created “Grandmama.” At 29 he served as Chief Creative Officer and Partner at Houston Herstek Favat. In 1999, he joined Arnold when it acquired Houston Herstek Favat.

Pete graduated from NYC’s School of Visual Arts. He has directed many of his own campaigns and also directed the highly acclaimed MTVDoc “I Can't Breathe.” Pete’s work has earned numerous Gold Cannes Lions, D&AD, ANDY, One Show, Clio, and Kelly Awards. He has received three United Nations Awards for Public Health and is a three-time EMMY winner.

In addition to filling the CCO position, Deutsch LA has promoted three of its Group Creative Directors to Executive Creative Director: Michael Kadin, who heads up the Volkswagen account; Karen Costello, lead creative on Target, Zillow and Real California Milk; and Brett Craig, who heads up Taco Bell, Dr Pepper, Snapple and 7Up.