Rohn will serve as the lead strategist on the Volkswagen team 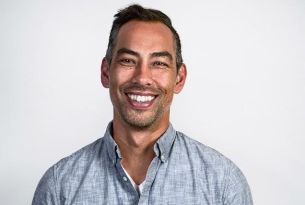 Deutsch today announced that Donn Rohn has joined the agency as EVP, Group Strategy Director. He will serve as the lead strategist on the Volkswagen team and will report to Lindsey Allison, EVP, Co-Director of Strategy.

“Donn has a long history of highly strategic work in automotive marketing,” said Allison. “His thinking captures the humanity of a brand and translates into great creative work. His strategic leadership will be a great addition to the team.”

Rohn graduated with a PhD in applied behaviour analysis and began his career as a design strategist at Nissan Design America, working on products like the Z and Maxima. He’s held leadership positions at WPP, Saatchi & Saatchi, TBWA\Chiat\Day and most recently at RPA.

“Deutsch has a well-earned reputation as a creative powerhouse that evokes conversation and builds brands,” said Rohn. “Volkswagen is one of the most iconic brands in the world, beginning to write the next chapter of its story. This is an exciting time to join the team, and I look forward to getting to work.”

Rohn has contributed to campaigns that have won several creative and effectiveness awards, including One Show, Effie, Nielsen and the ARF David Ogilvy Awards. While at Saatchi & Saatchi, he led strategy for Toyota’s most successful PR event, “Tundra Endeavour,” resulting in multiple award wins, including four Cannes Gold Lions. While at TBWA\Chiat\Day, he worked on the Cannes Lion-winning “Shoulders of Giants” launch for Nissan Titan, which was recognised for its culturally astute approach to the category.

Rohn lives in Long Beach, CA with his wife and 4-year-old twins.