A Beetle Convertible drive with just you and the caribou 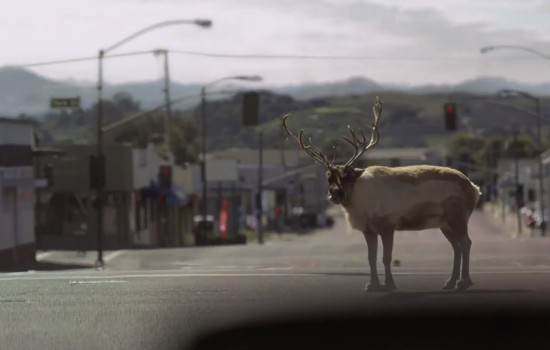 There’s something different about being in a convertible—it brings you back to the joy of driving and lets you forget a bit about rushing to your destination. Deutsch's new Volkswagen commercial, “Moonlight,” shows how the Beetle Convertible connects you to the world around you.

In the spot, a young woman is woken up by her boyfriend at the window on a beautiful sunny day. They drive around a small town that they seem to have to themselves, except for a lone caribou. And then you realize why they’re the only ones on the road.

The ad was directed by Matthijs van Heijningen, who directed “The Bear” for Canal+ and our own “Lucky Man.” Their drive is accompanied by Cat Power’s cover of “Dark End of the Street” (Personal note: I still like The Flying Burrito Brothers’ version better. Don't tell our creatives.) And the ad is shot in Vallejo, California.