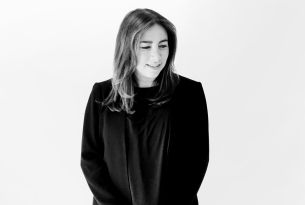 Linda Sawyer, Chairman of Deutsch, Inc., has announced her plans to depart the agency by year’s end. A veteran of the agency, Sawyer has played an instrumental role in contributing to Deutsch’s rise as a top-tier agency and industry leader with revenue increasing more than ten-fold since joining in 1989. In 2005 she became North American CEO, a role she held for a decade, prior to becoming Chairman when she announced the agency’s succession plans and promoted Mike Sheldon to North American CEO.

Highly recognised as an industry ambassador and leader, Sawyer serves on a number of boards and has received many coveted awards including a Matrix Award and a place on the top 10 most powerful women list as part of Advertising Age’s '100 Most Influential Women in Advertising.'

“Anyone who knows Linda is aware that she combines a great understanding of our industry with a dynamic management style. That’s why she’s been able to build a fantastic team at Deutsch during her long tenure at the agency,” commented Michael Roth, Chairman and CEO of Interpublic. “She’s a fierce protector of her people and her agency, as well as a partner who clients know will always make their success her top priority. Along with everyone at Deutsch, I thank Linda for her dedication and commitment,” concluded Roth.

According to Sawyer, “Deutsch’s ambition to innovate and pioneer change is ingrained in our culture. With our succession plans in place, Mike’s strong leadership and a dynamic and wildly talented management line up, the agency is well poised for the next chapter. It’s an ideal time for me to pursue a new challenge and I will be launching an exciting and highly disruptive ecommerce venture to be announced in the Spring. I will fondly miss my Deutsch family but will always be rooting behind the scenes.”

“Linda has nurtured Deutsch’s independent culture and been a selfless contributor in making the advertising industry stronger and more diverse. She will be leaving an amazing legacy,” said Mike Sheldon.  "Knowing Linda, her next adventure is going to be a game changer." Effective with Sawyer’s departure, Sheldon will assume the title of Chairman and CEO, N.A.