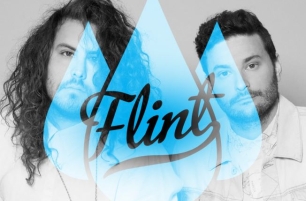 Cadence & Cause, an online music community rooted in social responsibility, is responding to the contaminated drinking water crisis in Flint, Mich., with a fundraising campaign driven by artists and their fans. The effort kicked off last week with an online sweepstakes for exclusive merchandise from Detroit pop duo JR JR The entry period ends at 5:00PM MST on February 26th.

JR JR is offering several pieces of memorabilia, including:

- A saxophone used on its first two records and on tour

- Clothing sported in a classic photo shoot, which the band describes as “the sweater from our creepiest photo ever”

Cadence & Cause is a music community that lets artists change the world one tune at a time—with a little help from their fans. Artists create revenue for charities by donating tunes, merchandise and personal experiences. Fans connect by patronizing these pages, which feature bios, news, photos and music along with information about the beneficiaries of their socially responsible donations.

Because of aging water pipes and the state’s inability to govern, between 6,000 and 12,000 Flint children were exposed to drinking water containing high levels of lead after it leaked into their water supply. They may experience a range of serious health problems due to the exposure. President Obama declared the Flint water crisis a federal state of emergency.

Clean water is a key cause for Cadence & Cause. In 2015, funds raised by the music community purchased filters that produced 8.8 million gallons of clean water.

“We all trust, deep down, that when we turn on the faucet, somebody has taken steps to make sure it's safe for us to drink,” the band said in a statement on their page. “The water crisis in Flint has brought out a deep fear in us, as the government in our own state has failed to protect its citizens.”

JR JR originally made headlines under the moniker Dale Earnhardt Jr. Jr. The band is signed to Warner Bros.