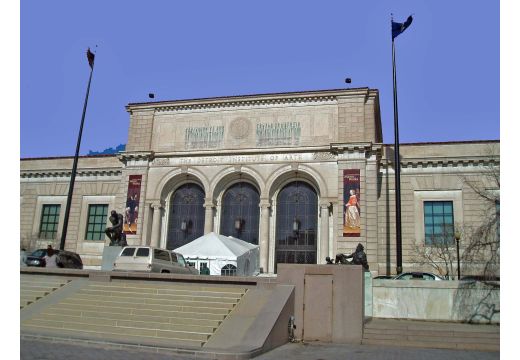 The Detroit Institute of Arts (DIA), one of Detroit’s premier cultural institutions, has appointed Leo Burnett Detroit as its creative agency of record to handle its overall brand communications, including exhibition promotions and integrated communications across the museum’s marketing initiatives.

“We knew this was the right moment in Detroit’s renaissance to partner with an agency demonstrating the creative agility that will engage visitors with the museum and raise our profile throughout the state,” said Annmarie Erickson, Executive Vice President and Chief Operating Officer of the DIA. “Following its proven record with digital media, Leo Burnett Detroit will partner with the museum to implement integrated marketing campaigns.”

For years, Leo Burnett Detroit has been deeply involved with the city’s culture and community. In 2009 the agency created “I'm In”—the award winning campaign for Detroit Public Schools that featured 172 blue doors across the city including a large installation at downtown Hart Plaza. The agency also led the Troy Library “Book Burning Party” campaign to rally support in favor of a tax increase to fund the local Detroit suburb library. More than 340 percent of predicted voters showed up at the polls and the 0.7 percent tax increase passed allowing the library to remain open.

“Working with the Detroit Institute of Arts allows us to continue our work as proud members of the Detroit community,” said Leo Burnett Detroit Chief Creative Officer Steve Chavez. “The DIA is truly one of Detroit’s greatest treasures and among the top six encyclopedic collections in the country. We’re equally eager and proud to collaborate with them.”

Previously, Commonwealth handled most of the creative for DIA exhibitions on a project basis and Ann Arbor-based Perich led creative for the brand, including its current “Let Yourself Go” platform. Leo Burnett Detroit’s first assignment for DIA launches at the end of the year for the exhibition Diego Rivera and Frida Kahlo in Detroit.