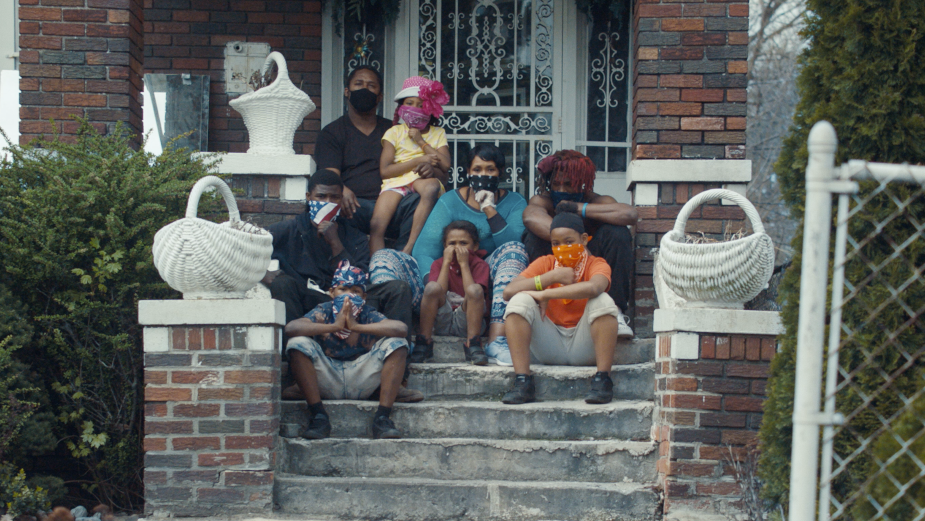 The Eightfold Collective has partnered with Detroit-based artists and creatives to spark a conversation around the disproportionate effect of Covid-19 on Black Americans and Detroit natives - and the spirit that held fast even as the worst pandemic in modern history ravaged it's neighbourhoods - in the powerful short film ‘Til We See The Sky'. Produced by Detroit native Bre’ann White and directed by The Eightfold Collective’s Nick Stachurski, the film was narrated by four collaborators, Detroit poet/film script writer Mic Phelps, and artists Monalyse, Chase Walker and Kaylan Waterman.

The history of Detroit has changed vastly over the past century, facing countless hardships and injustice and economic and political ups and downs, but a sense of optimism and pride for the city remains in the hearts of many of those who call the city home. While production began during the height of quarantine at the beginning of May, George Floyd was killed by police officers during the film editing process. Following his untimely death, the Black Lives Matter movement gained additional momentum, sparked by the unjust brutality Mr. Floyd faced and fueled by the ongoing systemic racism and police murders of Black people in this country.

In response, Eightfold pivoted the film to extend beyond the pandemic and speak to all the injustices Black Americans face as whole, and how the city of Detroit embraced the movement and demanded change and justice.

Says Eightfold: “Our film was intended to both document the lived experiences of real people in our neighborhoods, as well as provide a glimmer of hope when it felt like it was needed most. To inspire a sense of togetherness and faith that we could come out on the other side of this pandemic moving towards a world that is better and more equal than the one we left behind. We wanted this film to create positive and productive conversations around the protests that are happening across the world, and to help uplift a movement that will make a permanent change, must, make a change - because Black Lives Matter.”

The film’s website shares resources and support for those affected by Covid-19, as well as organisations and resources related to learning about and supporting the Black Lives Matter Movement.

AS
Music / Sound
The Eightfold Collective