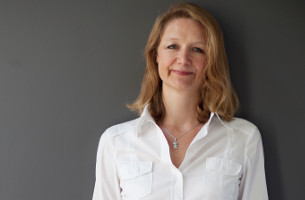 Reading about the two latest 'embarrassments' for Dove and State Street made me cringe. As different as the two issues are, I believe they both boil down to the same oversight: detail.

State Street Advisors (not that anyone could remember who the client on 'Fearless Girl' was) so nearly had it right - the sculpture wasn't just an over-blown gesture but was in recognition of creating a gender diversity index. It all seemed so perfectly tailored - a fabulous, emotive manifestation of challenging the norms in the heart of Wall Street. We all cheered such beautifully tied-up thinking.

And then October 5th happened and we discovered they were in the process of paying $5 million to more than 300 women and 15 black people, because State Street was found in a U.S. Federal audit to have paid them less than their male, white peers. Ooops. Did someone not mention that when they were playing cause celebre and supping champers Cannes​-side? Because now it all feels a bit underhand, a bit tarnished, a bit shining a massive light over here, whilst not actually getting their own house in order. Details.

Dove on the other hand. What a stupid mistake. All of that goodwill washed away in an instant. All for the want of someone suggesting they switch the order the women appear in, or add more women in - or to simply consider that whilst the concept was fine, there was a simple failing in the execution. All they wanted to say was they suit everybody, instead they have been publicly hung, drawn and quartered. Details. ​

Now creatives aren't meant to be great at the small stuff, but after the last few days there's no denying details matter.

Becky McOwen-Banks is a Creative Director at FCB Inferno.