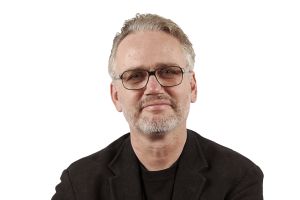 "Manufacturer of sustainable products seeks solvent consumers with an interest in green issues." Businesses are desperately seeking sustainably-minded consumers – but their approach can often be as out of touch as an old-school personal ad. Haven’t they heard of Tinder? Crucially, while these brands may think they’re looking to reach a certain kind of person, these days people who buy green products don’t fit so easily into boxes. So where do they find green consumers? And what do they look like?

A quick look back: in the past, you could immediately tell who belonged to which group. Shoppers in organic shops in the '80s, for example, belonged to the green-alternative subculture. You could spot their green leanings by their clothing. For women: Birkenstock sandals and a flared skirt. For men probably a leather jacket and striped trousers. This group shared not only a passion for sustainable food but an entire world view. Whoever bought organic food was simultaneously against rearmament and nuclear power, but in favour of Nicaragua and the legalisation of cannabis. They were tolerant of small inconsistencies – so they might over-compensate for the health benefits gained from all the organic apples they ate by chain smoking hand rolled cigarettes.  And, still back in the 80s, you certainly wouldn’t countenance a crazy idea like an "organic supermarket", using the jargon of the times. You’d believe it to be an intrinsically contradictory idea, in other words an almost ridiculous idea. An organic shop had to be anti-capitalist, small and somehow or other be called Rapunzel.

Today, the world looks rather different. Organic foods have undergone an unparalleled journey. There are not only organic supermarkets, there is even organic food at discount stores. And, under the extended term "sustainable", there's everything from fair-trade smart phones to holidays. But where has the clearly identifiable green sub-culture gone?

A clear answer: it doesn't exist anymore. Clearly defined environments in which one shared everything from fashion to ideology are either extinct, have shrivelled to insignificance, or are more or less involuntary emergency associations (e.g. pensioners in dying villages, drifting towards each other). Instead, individuals lead patchwork existences. You can make use of individual drawers of a huge lifestyle storage unit and build up your own individuality together. And this situation is one that often has not been driven by pleasure, rather it has become a necessity. Where there is no environment to connect to, there is, so to speak, pressure for freedom. And the price of this freedom is firstly disorientation. Therefore, the search for guidance is as pronounced as ever. Each time we gaze at a smartphone screen, we are looking for something to guide us. ‘Am I still up to date?’ ‘Have I missed something important?’ ‘What should I do?’

To illustrate how radical this change is, have another look back to our green-alternative environment of the 80s. Back then, the ideals and goals of the culture were discussed constantly, but only to reassure themselves that the shared ideology stood on a firm foundation. The perceived progressiveness of the group came at the expense of individuality within the group. If someone had said "No to rearmament" and "No to Nicaragua" simultaneously, one would have at best assumed that they had smoked something iffy.

This pressure to conform was not perceived as a loss – after all, they were indeed on the right side. In return, there was also a lot of love and security, and confirmation. And indeed this comforting feeling is lacking today. People who seek the company of others who think the same way as themselves have to go to a football stadium.

Of course, the desire to build communities beyond football is still there. And indeed it is the will to belong to the "community of the good" that drives sustainable consumption. Only this simply no longer takes place in a closed environment. Statistically, about half of the population of developed countries would say they belong to the "somehow sustainably-orientated” club. However, if one looks for similarities within this large group, it becomes vague. Trend: the wealthier and more educated you are, the greener you are. The poorer and educationally disadvantaged you are, the less interest you have in sustainable consumption. This is also obvious. It is more interesting to consider the motives for sustainable consumption. In closed environments with high moral ideals – like the faded green environment of the '80s – consequence was the most important driving force. In other words, you wanted the things that you stood for ideologically to be implemented as well and as comprehensively as possible. Implication: "Let’s create a better world."

In today's world of patchwork existence, however, it comes to compensation. Not everything we have pulled off the lifestyle-shelf and integrated into our lives is sustainable. Strictly speaking, much of it is not sustainable. And because we are aware of it, we are simultaneously doing things to compensate for this: "I fly to Bali but I cycle to the office”, or, "I live in a very big apartment but I have solar panels on the roof". Compared to the idealistic consistency of the green pioneers this obviously appears a bit weak. Instead of saving the world we are content with doing a little something so that the world doesn't perish completely. Overall, the balance for sustainability is positive though: a) because there are many more people participating, at least sporadically, in sustainable consumption and b) because the range of sustainable products is growing steadily.

As a final question: how do we reach the great mass of consumers, some of whom consume sustainably? The answer is simple: by giving guidance. As I mentioned, the proliferation of patchwork identities and the disappearance of closed-off sub-cultures means that, these days, people have to figure out how to define themselves. There is a correspondingly high demand for guidance. Guidance which companies must give.

When consumers who are looking for guidance are simultaneously asked by companies what they would like, that's not on. Figuratively speaking: it’s no good when two disoriented people ask each other for directions at a crossroads. It is the company's task to bravely say where it's headed. They must clearly formulate what they stand for as far as sustainability is concerned and state why they do what they do. The more attractive and credible this communication turns out to be, the more likely it is that guidance-seeking consumers will pounce upon it.

Interestingly, a circle closes here: the world again belongs to the persistent men of conviction – only this time they are on the corporate side.