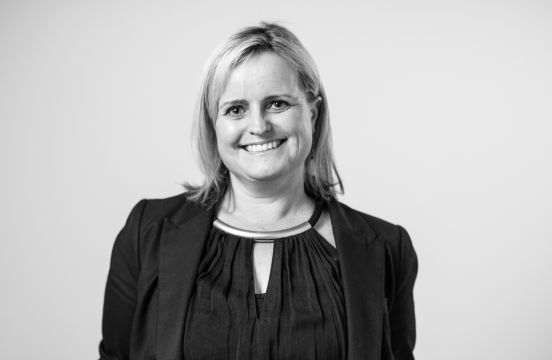 In her new role, Argus will work alongside fellow Design Director Ben Harrison to lead the design product of Designworks Christchurch, and to support Designworks ongoing commitment to Christchurch and Canterbury.

Sven Baker, CEO, Designworks group said he was delighted that someone of Kerry’s calibre and talent had chosen to join the group at such an exciting time for the agency.

“Kerry is one of a number of key new appointments we're making to satisfy the growing demand for our services throughout the region,” said Baker. Under Michael's inspired leadership the business is entering an exciting period of growth and we're really looking forward to assisting more local clients realise their ambitions.”

Argus has earned her stripes both internationally and locally, most recently as Senior Designer at Strategy, with other career highlights including a decade in London with Interbrand working on such high profile brands as Marks and Spencer, WH Smith, Waitrose, Boots etc.

Over the years Argus has won a slew of Best Design awards for large and small scale identity work and packaging on well-known brands such as Cloudy Bay, Bell Hill and Kathmandu.

Argus joins a growing Designworks senior creative team including Kasia Wydrowski  and Luke Van O who recently joined the Sydney and Melbourne offices in the roles of Creative Director and as Creative Strategist respectively.