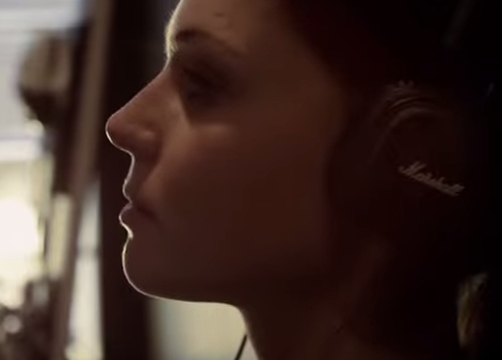 Sports equipment and clothing company HEAD has today launched a compelling new brand campaign to revitalize communications and engage with a wider audience base ahead of 14/15 Winter ski season.

Led by creative agency DesignStudio, the campaign looks to reaffirm HEAD as leaders in the winter sports sector, while expanding and building on HEAD’s existing ‘What’s Your Limit’ proposition that aims to inspire.

In an increasingly competitive market, DesignStudio’s collaboration with HEAD set out to create a multi-touch point campaign that looks at winter sports with a fresh and invigorating approach. The campaign which runs across digital, print, point of sale (POS) and advertising, shifts the perspective away from traditional skiing and mountain shots often seen within the winter sports sector. Instead the new campaign looks to connect with audiences using emotive storytelling that brings viewers much closer to the brand.

‘Race’ is the first of four films to be rolled out as part of the campaign focusing on some of the top athletes in the ski world. The film tells the intimate and never seen before stories of HEAD-sponsored athletes Anna Fenninger and Askel Lund Svindal’s rituals prior to a big race. By taking viewers inside the locker room while they are preparing to push their own limits, the ‘What’s Your Limit’ campaign aims to inspire everyone to stretch their own personal goals.

DesignStudio created the work to challenge the traditional perceptions of how ski’s are marketed.  The team filmed on location in Sweden, and used a number of innovative production techniques across the series including filming with drones, using backward skiing film crews and innovative binaural sound recording to create immersive experiences for HEAD’s ski audience.

“This level of storytelling is completely new territory for winter sports. We wanted to break the mould of how skis are traditionally marketed and the result is something which genuinely pushes boundaries, gets audiences closer to the athletes and we think will get pulses racing.” said Ian Styles, DesignStudio Executive Creative Director, who led the London team on the project.

Styles explains further: “As a one of the major global wintersport brands HEAD wanted to bring their customers closer to their heroes and inspire more people to hit the slopes.  The films needed to tell the stories of the athletes and convey the emotion and exhilaration that goes hand-in-hand with winter sports. In order to turn up the dial on the production, we were able to capture the fast-paced action using a number of specialist techniques.”

Neil Allavena, Marketing manager at HEAD adds: “Working in collaboration with DesignStudio has enabled us to express the core emotions felt when skiing with HEAD products. They’ve taken the brand proposition of ‘What’s your Limit?’ and brought it to life in a way that is truly authentic and full of energy. Their approach to story-telling is unique and has enabled us to connect our athletes with our audiences in a really powerful way. We’re all really proud of this work and think it is going to help us take sports marketing to a whole new level.”

A further three videos will be released in the build-up to the ski season and form part of the multi-touch point campaign.