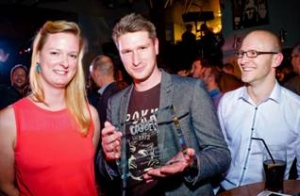 Exeter based Drive Creative Studio is making its mark on the design industry, by celebrating two high profile award successes.

Having opened its doors in 2013, Drive Creative Studio is going from strength to strength, with recent recognition from two prestigious award programmes – The Venus Awards and Cream Midlands Awards.

The Venus Awards is a nationwide programme that recognises and rewards local business women. Cath Harris, Drive Creative Studio’s Operations Director, was nominated in the ‘Best New Business’ category. The glamorous awards ceremony came to a close at the end of November, with Cath finishing in the top three.

Cath commented, “It was a real honour to be nominated for a Venus Award and I was thrilled to be down to the final three. The other two New Business nominees run highly impressive companies in very different fields to us, so it is great to be recognised for the work that we do!” 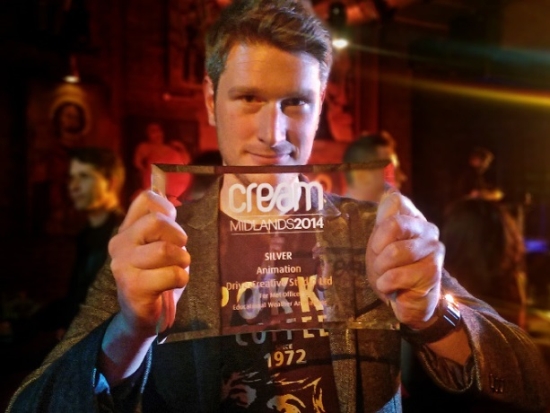 Earlier in the month, Drive Creative Studios celebrated scooping Silver at the Cream Midlands Awards, for its fun and educational animations for the Met Office. Organised by The Drum, the Cream Awards praise creativity and intelligent design.

Creative Director, Jon Price, said, “Representing animation in Devon at The Cream Awards was really special for us, because we were pitched shoulder to shoulder with our regional peers whose work we admire and experience on a daily basis.

“We’re thrilled with this award and we definitely won’t be stopping at this one!”