Green returns to Australia from Cramer Krasselt in Chicago 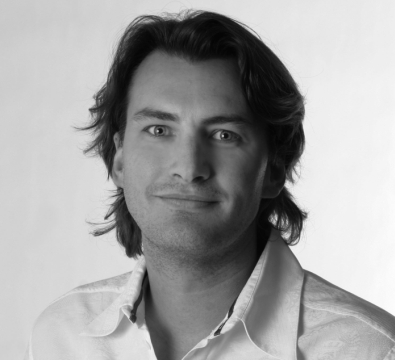 Ogilvy Group Sydney has lured renowned creative Derek Green back to Australia after a 10-year stint overseas, to take the helm of its 57-strong creative department in the role of Executive Creative Director, Ogilvy Sydney.

An internationally acclaimed and award winning creative Green is currently SVP,  Executive Creative Director of Cramer Krasselt in Chicago and will be returning to home turf in December to take up the new role. He takes immediate responsibility for creative leadership and ultimately the creative work across all Ogilvy Sydney’s client roster and brings a strong digital pedigree to the job.

David Fox, CEO Ogilvy Group Australia said he was delighted Derek would be joining the team and was looking forward to some outstanding creative work and seamless collaboration across the creative and digital teams.   “We’re very excited that Derek is joining the agency to lead our talented creative teams,” said Fox.

“We were able to persuade him that after nearly a decade earning international experience, it was time to come home. We’ve found an international creative director who is hungry to take on the opportunities Ogilvy has to offer; the fact he has a local pedigree and market knowledge is an added bonus.”

Originally from Sydney, Green earned his stripes  working for top tier advertising agencies in the UK,  Europe and the US, creating successful insight-driven marketing and communications strategies for blue chip global brands including P&G, Novartis, Canon, Subaru, Diageo and Heineken to name a few.

A strong believer in the post-digital era Green continued: “I’ve been fortunate enough to work across all media, from traditional, to experiential, and in recent years, a lot of digital, and my aim is to truly integrate UX, Media, PR, SEO, SEM, engagement planning, to create big platform ideas right from the initial client briefing.

“This is a huge opportunity to now bring everything I’ve learned in several decades of advertising to a great agency, with an iconic client list, and a lead a team of very clever and motivated individuals.”

Green has been awarded at all major International advertising award shows, most recently claiming Gold & Silver Lions at Cannes and crowned Most Effective Independent Agency at the 2014 North American EFFIES beating Droga5 and W+K