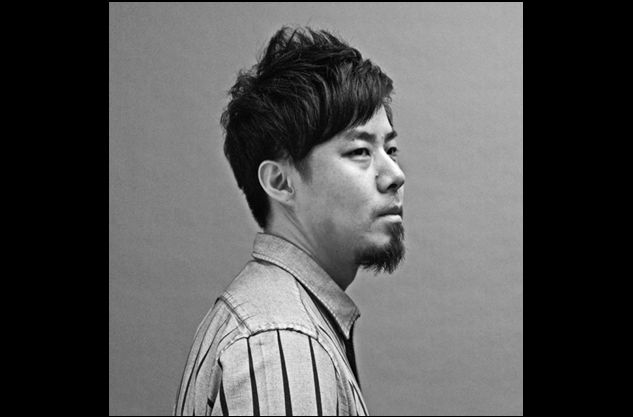 This ad, which tackles the Japanese national sport of sumo, has created a major splash.
Two high school girls in sailor-style school uniforms engaging in an all-out sumo effort fought it out on the Hokkoku Shimbun newspaper in May 2017, this advertisement feature.
Ten days earlier, an advertisement displaying all 82 winning sumo techniques demonstrated by these girls was also published in the newspaper. 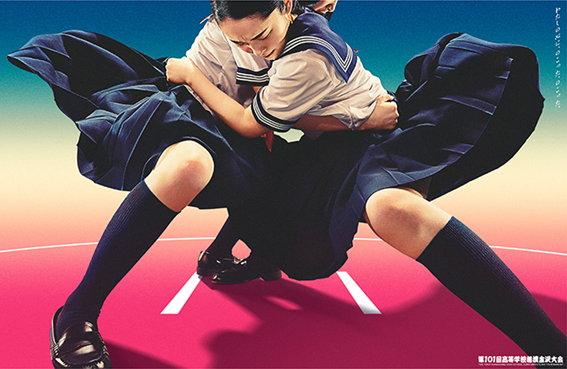 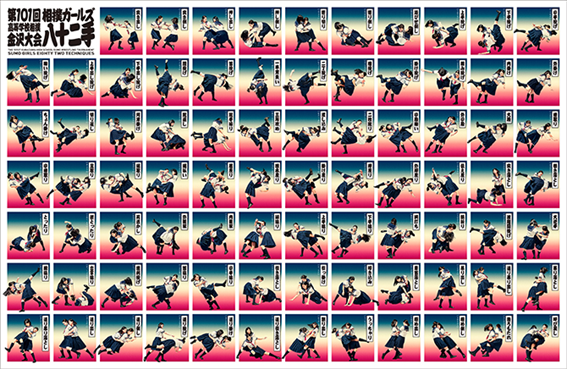 The Sumo Girls promotion, featured in the newspaper and in an online video, created an instant buzz inJapan. It also won several advertising awards in Japan and overseas, including the ADFEST Grand Prix, the D&AD Yellow Pencil, the NYCSD Gold Award and theOneShow Gold Award etc.

Where did the idea for this visually impressive advertisement featuring high school girls in sailor-style school uniforms engaging in sumo come from? Art Director Kazunori Kawagoshi (Dentsu Creative Planning Division 3) was in charge of planning. We asked Kawagoshi about the ideals he pursued in this advertisement as well as the story behind its creation.

Pursuing Something “Real and Interesting” with High School Girls Engaging in Sumo
Q> After its release, Sumo Girls created a major buzz on social media and won several advertising awards. How did you feel about this overwhelming response? 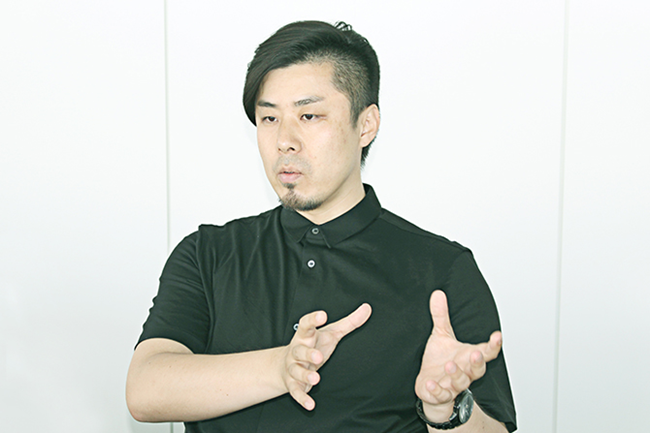 Kazunori Kawagoshi > Frankly, the reaction was bigger than I anticipated, which surprised me. While I am pleased with the advertising awards, I wanted to create something that has a major impact, which of course is the traditional role of advertising. The fact that it went viral in Japan was the biggest achievement of all.
Q> How did this project come about?
KK> Every May, a national high school sumo tournament is held in the city of Kanazawa, which is located in Ishikawa Prefecture. This is a traditional event that has been held for more than 100 years; the project to make people excited about the tournament was requested by Hokkoku Shimbun, a local newspaper. The client left it up to us as to what kind of project it would be, ordering us to use the newspaper advertisement freely.
Q> How did the idea for high school girl sumo come about?
KK> It is simple; because this is high school sumo, I went with a high school girl motif. In Japan, baseball, soccer and other national high school sports tournaments are very popular. Many of these use “poster girls” to support high school students participating in the tournament. I thought it would be a good idea to use poster girls for this sumo tournament.
However, poster girls alone would make this no different from any other tournament. I came up with the idea of having the girls demonstrate winning sumo techniques while wearing their sailor-style school uniforms. I thought if people better understood the rules, they would enjoy watching the tournament. As there are 82 different winning sumo techniques, I had them demonstrate all 82 of them, which were shown in the newspaper and posted online in a video.
Q> So, this project began with the 82 Techniques?
KK> Yes. That advertisement went out 10 days before the tournament to generate interest in the tournament and high school sumo. Then, one more advertisement, a visual representation of two girls engaging in sumo, went out on the day of the tournament.
The casting of the two girls for the advertisement was very difficult. Since they were to demonstrate all 82 techniques, we had to find models who could actually perform these techniques. As this was a project that started with the idea of using poster girls, I wanted to convey a sense of something interesting and real using actual people. While it is possible to express the 82 techniques in an illustration, it won’t lead to making people excited when they see it and the impact will be weak.
Creating a Wide-Reaching Advertisement that Even Resonates with Mothers and Grandmothers in Rural Areas
Q> The 82 Techniques advertisement created a huge buzz, but it was the visual of the two girls engaging in sumo released on the day of the tournament that received the highest praise.
KK> I wanted to announce the beginning of the tournament by conveying a sense of tension and excitement. In terms of the project overall, I think the contrast between the traditional Japanese sport of sumo and the uniquely Japanese image of cute high school girls in sailor-style school uniforms really resonated with people. Although the girls are cute, the seriousness of their effort comes through.
For me personally, the most important aspects of an advertisement’s visual components are that it immediately communicates a message and is easy to understand; I think this project achieved this quite well.
Q> Why is being easy to understand important?
KK> Beyond involvement in advertising, I want to make something that has a wide reach. To make something that as many people as possible will see and be interested in, I think being easy to understand is also important. I came from a rural area, so I want to make something that will resonate even with my mother living there and indeed all citizens throughout Japan. Thus, making it easy to understand is important; I want to make something that everyone in Japan can
understand at first glance. With digital technologies and other advancements, media is becoming increasingly sophisticated and advertising targets are becoming more segmented. Be that as it may, I am actually interested in advertisements with a simple approach that have a mass appeal. Hence, one of my ideals is to make the most creative advertisements that are not too difficult and can be understood by everyone.
Q> What do you focus on when creating something that is easy to understand? 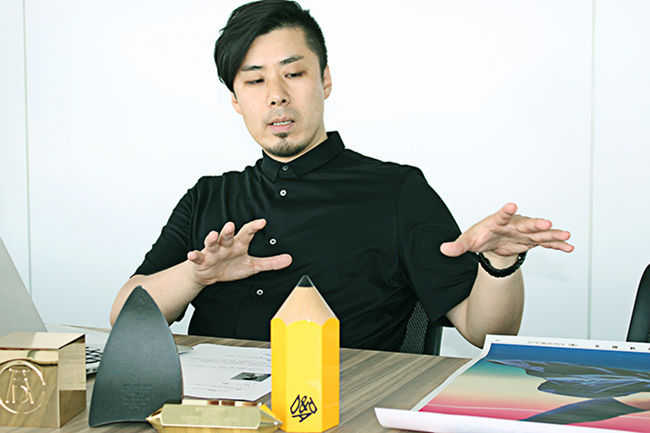 I think it is the degree to which I can manipulate the visual language. For example, copywriters convey messages using words themselves in a straightforward fashion; for art directors, it is all about using visuals to create an image of something; I think visuals communicate with the brain much faster than words. Each visual element has a meaning that must convey a message.
With Sumo Girls, the visual element of two girls engaged in sumo was an image representing the day of the tournament intended to express the “start” using two people facing off in sumo to convey a sense of excitement about the tournament and the feeling of sumo. To achieve this, I got creative with the way their skirts fluttered in the air. At the actual shoot, the skirts did not fly up that far. I felt that having the skirts fly up a little would create a realistic sense of tension and excitement, so we made some adjustments in the final production process. This is the level of detail at which I clarified the image I wanted to convey.
Q> The use of blue, white and red colours also left an impression, what was the purpose of this?
KK> I was evoking Japanese ukiyo-e woodblock printings with these three colours. I thought the emphasis on two characteristically Japanese elements, traditional culture and cuteness, was a good match. I am glad the advertising awards also recognised this use of colour. 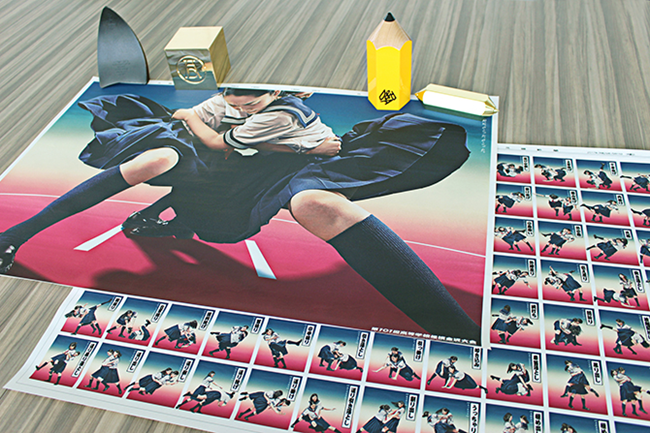 Honing Skills, Taking on Projects Overseas
In this age of increasing media sophistication, ease of understanding will probably become important with regard to advertisements.
For me, no matter how much the media changes, I will always focus on fundamental ideas and project quality. In many ways, Sumo Girls can be regarded as a new form of advertisement, but in fact, it is an extremely traditional method, as it is a visual advertisement developed for the pages of a newspaper. Thus, if the fundamental idea and subject matter are good, it will probably appear and be seen as fresh and new.
For this reason, even as media becomes more diverse, I want to continue developing the simplicity of my art direction. First of all, I must have my own tools and a firmly established focus. No matter what kind of media I am working with, the source material is what is important. If the material is no good, I do not think it will reach a wide audience.
Q> Based on that idea, what kind of projects do you want take on next?
KK> I want to try my hand at overseas projects. Having been recognised with international advertising awards for my work on Sumo Girls has given me confidence that my approach to art direction has an international appeal, increasing my desire to test my approach to art direction overseas.
This would probably include projects where I interact directly with overseas clients, as well as projects for Japanese companies communicating proposals overseas. I want to try both. To this end, I must study English. At the advertising awards, all kinds of people spoke to me, but since I am not really good at English, I was unable to say anything, which I always regret later.
That being said, I believe visual communications can transcend international borders. I am starting to learn English and from now on want to take on all kinds of overseas projects. So doing, I will create easy to understand advertisements I hope will reach a wide range of people overseas. 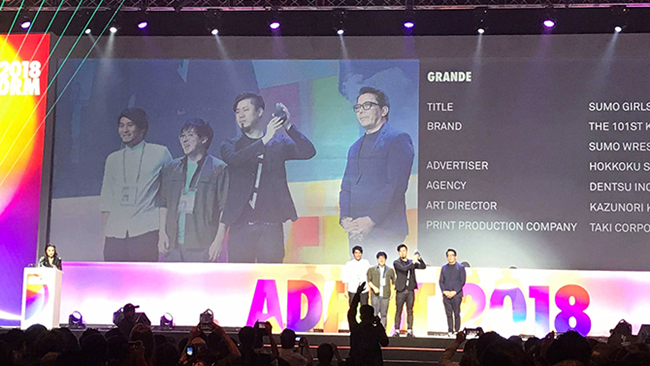