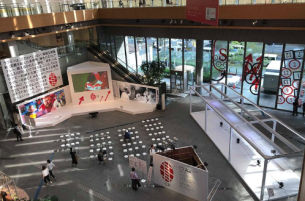 Mitsubishi Estate Co., Ltd. has launched an initiative to increase opportunities for promoting the Rugby World Cup 2019 Japan Tournament, of which the company is an official sponsor.

Through the project, events designed to stimulate interest in rugby among those who are new to the sport and teach people about the sophistication of the game are being held at various venues throughout Tokyo.

For example, rugby-themed events were held at an art gallery, business school, and movie theater from September 13 to 20, marking one year before the Rugby World Cup.

In addition, a special website was created to provide information about those events and the project. The website allows users to register as project supporters so they can work together with the project to help attract fans and generate excitement about the Rugby World Cup 2019 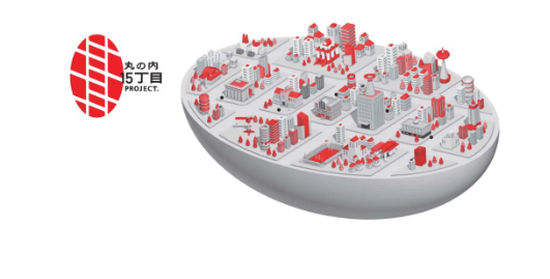 Background of the project

Regarded as a weak country in the world of rugby, Japan miraculously upset the powerhouse South African team at the Rugby World Cup 2015. Japanese rugby fans were overjoyed by the historic victory of 34 to 32, and many people in the country grew interested and watched the team's other games.

Since then, however, even though Japan will host the next Rugby World Cup in 2019 in cities throughout the country, it seems like the excitement level has not been rising. Compared with other sports like soccer, which attracts crowds of fans to city streets during national team matches, rugby has yet to gain much support from the Japanese public.

One reason is that the stereotypical image of rugby tends to be negative. While rugby is regarded as sport played by gentlemen and the educated in England, where the sport originated, it is largely seen as a physically violent and rough sport in Japan. As a result, rugby is thought to be enjoyed only by hard-core fans, and casual fans tend to lose interest in it. 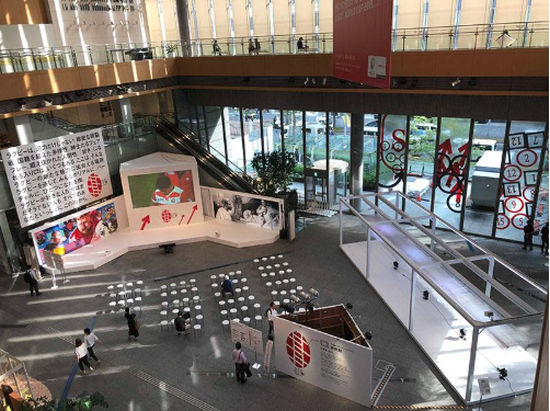 By creating opportunities for people to recognize the many interesting aspects of rugby besides its physical intensity, Dentsu wanted to stimulate interest in the sport among those who are not hardcore fans, especially since Japan will set the stage for all of the dreams and festivities that the Rugby World Cup will bring in 2019.

Based on that concept, the project was launched on a grand scale starting from September 13, one year ahead of the World Cup's opening ceremony. A number of events were simultaneously held in Tokyo's Marunouchi area to showcase rugby through art, business, and culture, giving people chances to enjoy rugby from a number of standpoints not normally associated with the sport.

For example, an art exhibition was held to present rugby from an artistic perspective, and business seminars were given to discuss rugby's relevance to business matters. Films were also screened to illuminate rugby through the lens of culture. Through this completely novel and multifaceted approach, Dentsu strove to demonstrate various intellectually appealing aspects of the sport. 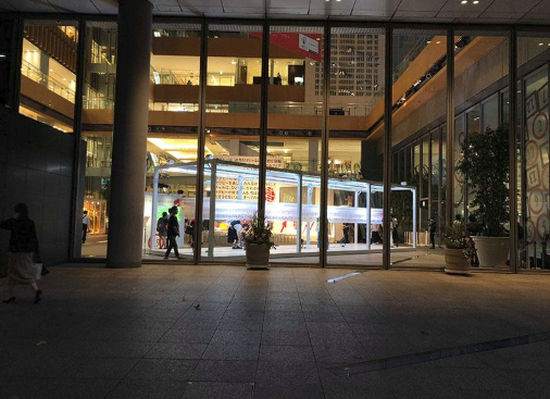 The theme of the art exhibition was "scientific intensity," and data visualization was applied to capture four amazing minutes of the World Cup match between Japan and South Africa, which has become a legendary game for rugby fans around the world. The movements of all of the players were graphically visualized as tactical images for each second of all 240 seconds in the final four minutes of the game. The 240 images were arranged in a series in the exhibition space, demonstrating the strategic complexity of rugby rather than just its physical component. 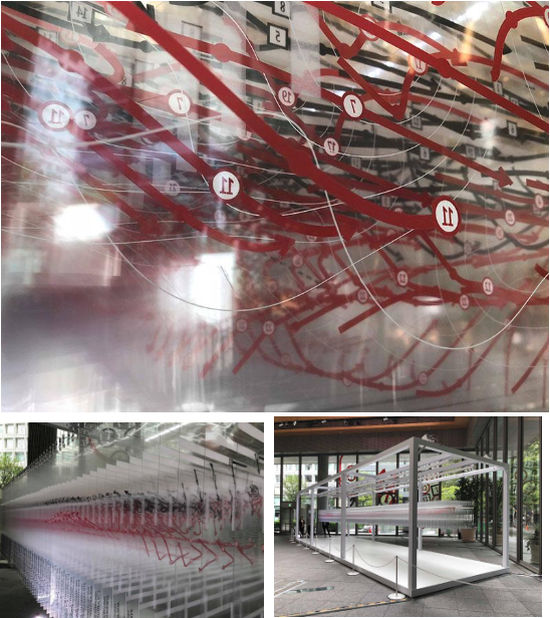 With the theme of tackling issues through sociological approaches, the business seminars focused on how various features of rugby can be applied and studied in business, such as strategic thinking, management skills, and operations of diverse organizations made up of various nationalities. Lectures were given by successful business people who were also rugby players in the past, including Genichi Tamatsuka, former president of Uniqlo.

At the cinema, the fascinating history of rugby was examined from a cultural standpoint, particularly through inspirational quotes originating from famous matches. By focusing on those words, which practically anyone can relate to, the event succeeded in making many incredible characteristics of rugby more accessible to a wider audience.

Through all of the events, the project aimed to attract new interest in rugby and generate as much excitement as possible for the upcoming Rugby World Cup in Japan.