Dentsu Plus & Foundation For Women Create The Anti-Abuse Soundcheck

Editors' Choice: Stunt raises awareness of violence against women and children in Thailand 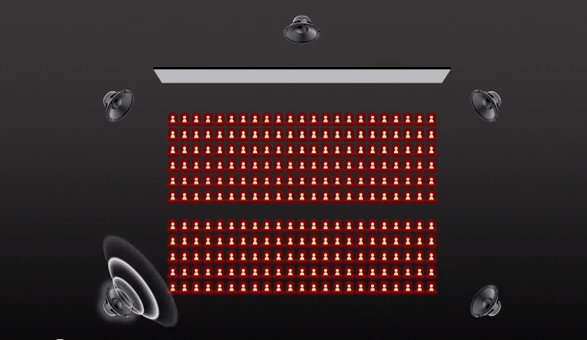 Foundation For Women with Dentsu Plus, Bangkok were recently tasked to create a campaign that would help raise awareness of violence against women and children, which has been increasing steadily in Thailand.

The statistics show that every hour, at least three women and children become victims of domestic violence. And the nature of the crime is such that it’s often hard to track.

An act of domestic violence is often accompanied by yelling and screaming. These loud noises are usually heard by neighbours. So, an effective way to solve the problem is to campaign for assistance from as many people as possible and to get people to monitor the problem in their own communities.

Dentsu Plus created an execution that would convince people to cooperate with the campaign, and chose a cinema as the medium to deliver an unexpected experience to the target audience.

A soundcheck is normally utilised in cinemas before movies are screened.

Dentus Plus asked Major Cineplex - the most popular cinema in Bangkok - for cooperation in transforming the routine soundcheck in their cinemas halls into “the voices from victims of violence” projecting from every direction.

The soundcheck communicated effectively to the audience that violence is around them in real life. And if they hear such sounds of violence, they should check it and call the Foundation for Women for counselling or call Hotline Number 1300 to help the victim.

"The Anti-Abuse Soundcheck" made the audience realise that all they had to do to tackle domestic violence is simply make a call. And many were willing to take the necessary action. Moreover, this simple and impactful idea got the message across instantly and memorably. Within the first week of the campaign, visits to the FFW website and daily calls to Hotline 1300 increased significantly as a result," said Dentus Plus creative director Supparat Thepparat.