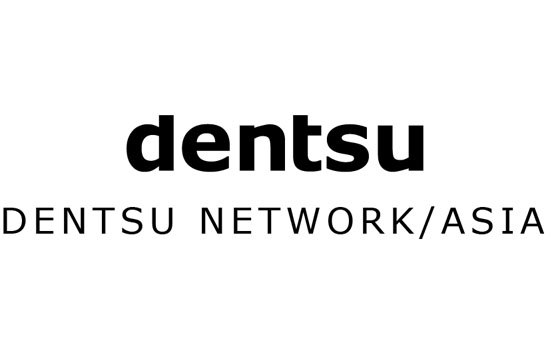 As part of its strategy of results-driven innovation, Dentsu Network/Asia today announced the addition of four award-winning creative directors to its subsidiaries in Singapore, Malaysia, Vietnam, and the Philippines. The new leaders will join Dentsu Singapore, Dentsu Utama, Dentsu Alpha and Aspac (a Dentsu affiliate in the Philippines), with three already on board.

Chairman and CEO of Dentsu Network/Asia, Dick van Motman, commented, “When Ted and I became partners, we were in agreement that we needed the right kind of creative fire power in each market in order to unlock the full potential of the innovative nature of the Dentsu brand. So, I’m very pleased that Ted has found these four distinguished creative leaders that not only have an enviable track record, but also share the belief that effective advertising should have the power to engage, motivate, and move consumers in any shape or form, ultimately driving the growth of our clients’ businesses.”

Ted Lim, Chief Creative Officer, Dentsu Network/Asia added, “We hunted all over – from Singapore to Istanbul – for creative leaders. We wanted strategic thinkers with a head for business and a heart for creativity, both bread and award winners. We looked for creative innovators who will bring our clients fame, and the fortune that follows.”

Dentsu’s commitment to good innovation and creating work that makes an improvement in people’s lives allows creative teams to push the boundaries of conventional thinking, moving beyond quirky copy and funny visuals. As a result, creativity is a core pillar of Dentsu’s drive to create game-changing campaigns for its clients, alongside media, technology and content.

Ng Heok Seong joins as Executive Creative Director for Dentsu Singapore with over 25 years of experience in brand communications. He was most recently Executive Creative Director at Havas Worldwide in Kuala Lumpur. Under his leadership, Havas broke into the top ten at Kancils for the first time. Earlier at Lowe Kuala Lumpur, Seong picked up numerous awards such as Cannes Lions, One Show Pencils and D&AD to take the agency into the top five. He has also been a jury member at Cannes in 2012 and at Spikes Asia earlier this year.

Andy Soong Kok Leong, the newly appointed Executive Creative Director for Dentsu Alpha in Vietnam, has worked with some of the world’s leading brands in a career spanning 20 years. Andy was last with JWT Vietnam, where he won one of the country’s biggest accounts – Pepsi Tet. The advertisement was voted ‘Best Tet TVC 2013’ in a consumer study. Earlier at JWT Malaysia, he helped win Malaysia’s first and only Grand Prix at Cannes. At Publicis Malaysia, Andy helped the agency win its first Cannes Lions, D&AD, One Show, and Clio awards.

Another stellar creative brain, Joey Ong takes up the post of Executive Creative Director, Aspac, Philippines. Prior to this, Joey was with DDB Philippines and Bates 141 Manila (now Bates CHI and Partners) for three years each. Joey has numerous awards such as Cannes Lions, Spikes, One Show, and D&AD under his belt. He has also led the creative divisions of TBWA and Publicis JimenezBasic.

Chow Kok Keong leaves TBWA in Kuala Lumpur to take up the post of Creative Director at Dentsu Utama. A highly awarded creative leader, Kok Keong helped take TBWA Kuala Lumpur into the top five agencies in just a year. In his 19 years in the industry, Kok Keong has worked with agencies such as McCann Erickson Singapore and Naga DDB Kuala Lumpur, picking up over 70 international awards.

The Dentsu Network is the first integrated agency network rising out of Asia and over the last year has embarked on an aggressive plan of expansion, with results-driven innovation at the core. At present, the network employs over 1300 staff in 22 offices and 8 countries in Asia.