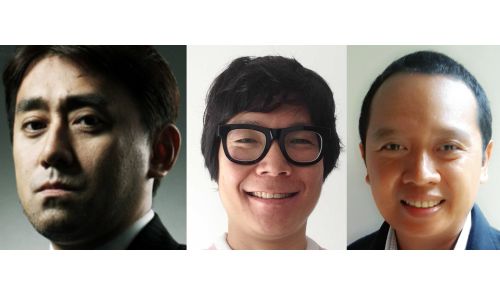 Dentsu Indonesia today announced an entire new trinity of leaders in the top management as it gears up for the next phase of growth in 2014. Early in April, Dentsu Indonesia appointed Bobby Arthawan, an industry leader with over 17 years experience, as President Director and Keat Soh, a highly awarded creative with 20 years of experience across Asia-Pacific as Executive Creative Director.

Most recently the Chief Executive at GOMOBILE, Bobby with his extensive knowledge of the Indonesian market helped launch the country’s first independent mobile advertising platform. Keat, on the other hand, spent the last seven years in Hong Kong, China, and Indonesia, and last was Executive Creative Director at iris Worldwide where he led creative strategy for clients such as Diageo, Levis, Sony Mobile, and XL Telco.

Starting April, Dentsu veteran Kenji Nogami also moved from Singapore to take up the position of Technical Advisor at Dentsu Indonesia. With experience working across Dentsu offices in Japan, India, and Singapore, Kenji has been responsible for handling a number of regional accounts during his 20 years at the company. He was also responsible for managing Dentsu’s internal regional training program, the Dentsu Network Innovation College.

Commenting on the appointments, Harris Thajeb, President Director, Dentsu Media Group Indonesia – Dentsu Indonesia’s holding company - said, “We’ve seen excellent growth in Indonesia over the last year adding clients such as Mandom, Novell Pharmaceutical Laboratories, and Calpis Indonesia to our portfolio. With the addition of such a highly accomplished trio such as Bobby, Keat, and Kenji, we’re definitely ready for an even stronger performance in 2014.”

“This is a key time for Indonesia as the country is transitioning from having potential and promise, to actually delivering. With the arrival of these three professionals, Dentsu Indonesia is ready to harvest during these exciting times. Bobby’s experience and leadership qualities, combined with Keat’s creative power and Kenji’s vision really put us in the perfect position to deliver for our clients in a country that will only become a greater force in this region” said Dick van Motman, Chairman & CEO, Dentsu Aegis Network/SEA, of which the Dentsu Media Group Indonesia is a subsidiary