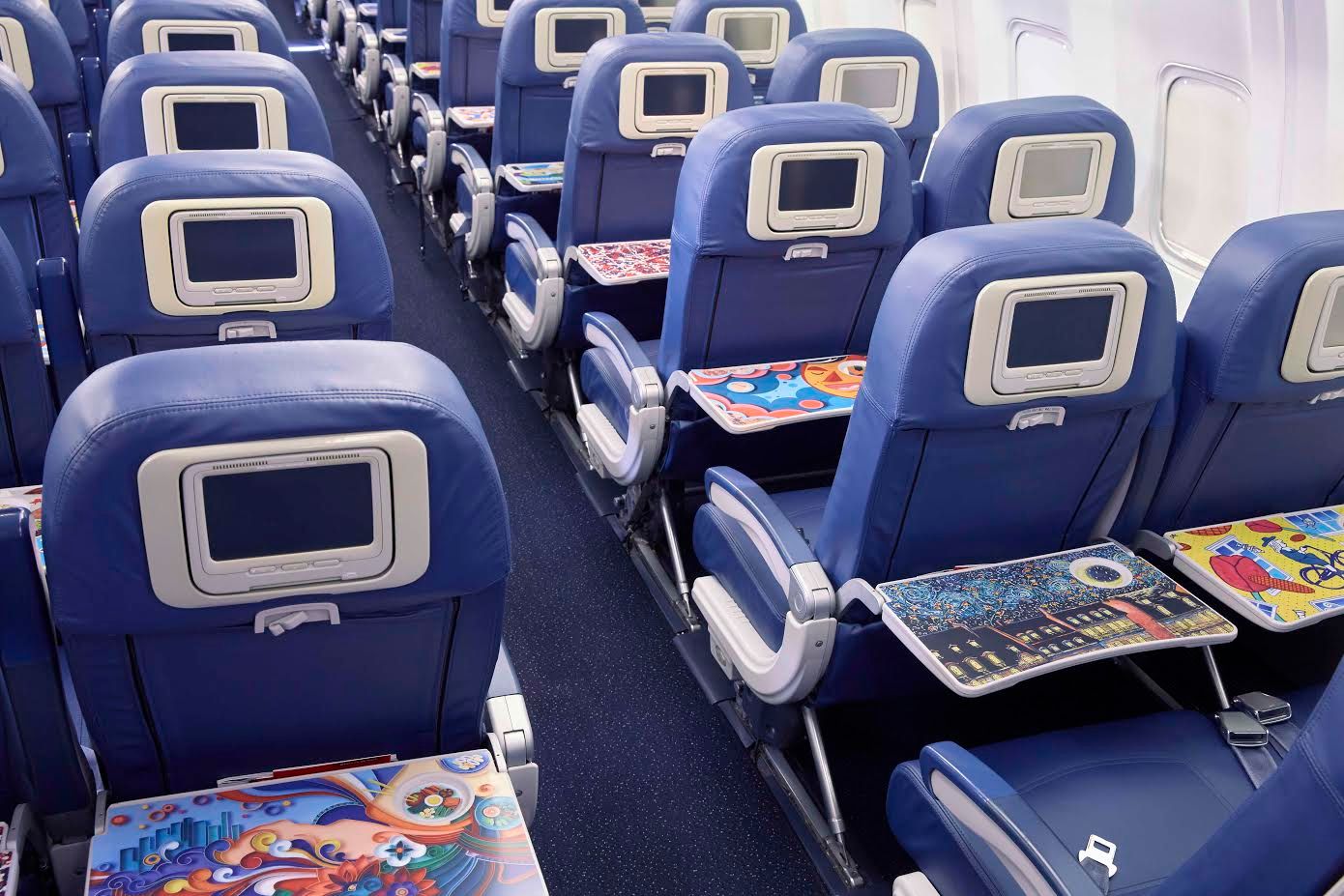 Delta​ and The Coca-Cola Company have teamed up to bring art to the place where the two brands meet most often – the tray table.

Together with 12 artists from around the world, Delta and Coca-Cola have created an art gallery in the sky – transforming the tray tables on one of the airline’s 767 aircraft into one-of-a-kind works of art.

Each artist brought their own personal style and taste to their trays and drew inspiration from some of the airline’s most popular destinations, including: Amsterdam, Atlanta, London, Los Angeles, Mexico City, New York City, Paris, Sao Paolo, Seattle, Seoul, Shanghai and Tokyo. Each piece of art celebrates themes of optimism, travel, refreshment and happiness.

In addition to the in-the-air art gallery, Delta will be displaying the original trays in Concourse A, between gates A15 and A11, at Atlanta’s Hartsfield-Jackson International Airport.

The trays will extend in social with additional content, including video footage and other behind-the-scenes assets of the artists in action​. 2 artists, Pedro Campiche​ (New York inspired tray)​ and Will Bryant​​ (Seattle inspired tray)​​ have already posted their BTS today. ​

Delta, along with creative agency Wieden+Kennedy New York and Coca-Cola, developed and implemented the art gallery.