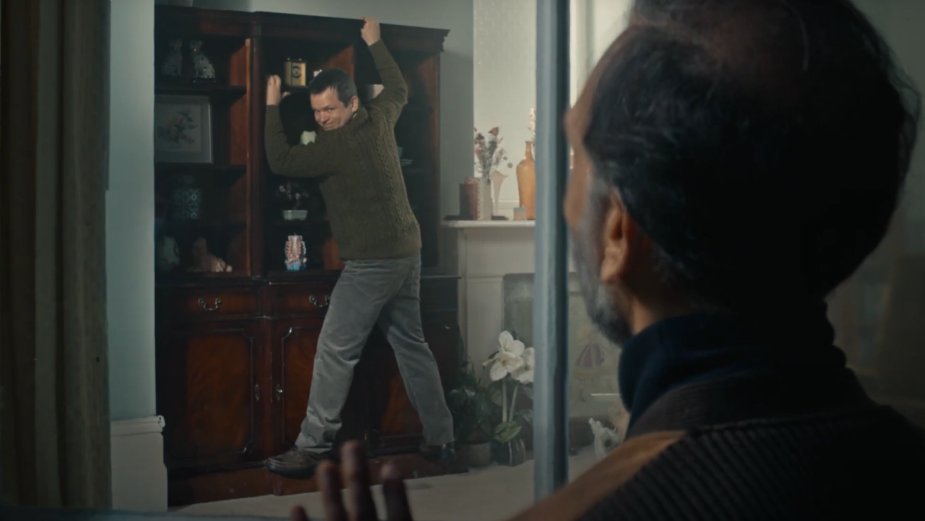 Reckitt cleaning brand Vanish has launched a new TV advertising campaign which sets out to shine a light on just how dirty the nation’s carpets really are - by asserting that if people appreciated the true extent of the filth, then they wouldn’t go anywhere near them.

Devised by creative agency Havas London, Carpetphobia hilariously documents the struggles of sufferers of the imagined affliction as they do everything in their power to avoid the floor:

Choice scenes include a heavily perspiring man clinging desperately to a large cupboard, a woman bracing herself for the long walk down her hallway – by meticulously wrapping her shoes in plastic bags – and the family dog staring longingly at its dinner, which waits in a bowl on the kitchen floor, from atop a cupboard in the next room.

Eventually, the man conjures up the courage to leap from his lofty perch, bravely facing his demons to crack out some Vanish Gold Carpet Care to tackle the troublesome carpet head-on. A voiceover highlights the fact that with Vanish, you can lift the dirt that vacuuming alone can’t reach – and get reacquainted with your clean carpets.

The spot, which is aimed primarily at parents and ‘pet parents’, was created by Rosie May Bird Smith at Havas and shot by Sye Allen through MadCow. Like its 2020 predecessor Carpet Street, Carpetphobia is set to a quirky reimagining of an iconic classical piece of music – in this case, an a capella rendition of Tchaikovsky’s Dance of the Mirlitons from The Nutcracker.

Rosie May Bird Smith, Creative at Havas London, says: “We’re pretty sure ‘Carpetphobia’ isn’t an actual thing. But with the amount of dirt our carpets are harbouring, it absolutely should be. Rather than lecture people about their own homes, we wanted to entertain and to educate – and we hope in addition to a few laughs, this campaign inspires a few downward glances.”

Kathrin Peterssen, Brand Manager at Vanish adds: “Having spent an unprecedented amount of time at home over the past year, people have begun to think harder about the cleanliness of their homes and hygiene more generally. But what many people don’t realise is that despite looking clean on the surface, their carpets can harbour a huge amount of dirt that vacuuming alone can’t reach. This campaign brings that message to life in a fun, engaging way – highlighting both the issue and the best solution, Vanish Gold Carpet Care.”