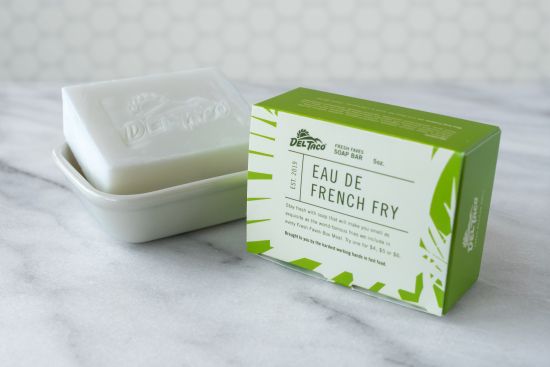 Del Taco is getting on its soapbox to promote a new lineup of Fresh Faves Box Meals. The campaign will include a social media component from San Francisco advertising agency Camp + King that encourages people to promote the restaurants in return for french fry-scented soap.

To make the launch extra fresh, the agency added a social component to drive buzz for the boxes: superfans can get in on the fun and win a free bar of Eau de French Fry soap by posting about their love for Del Taco with the hashtag #FrySoap. 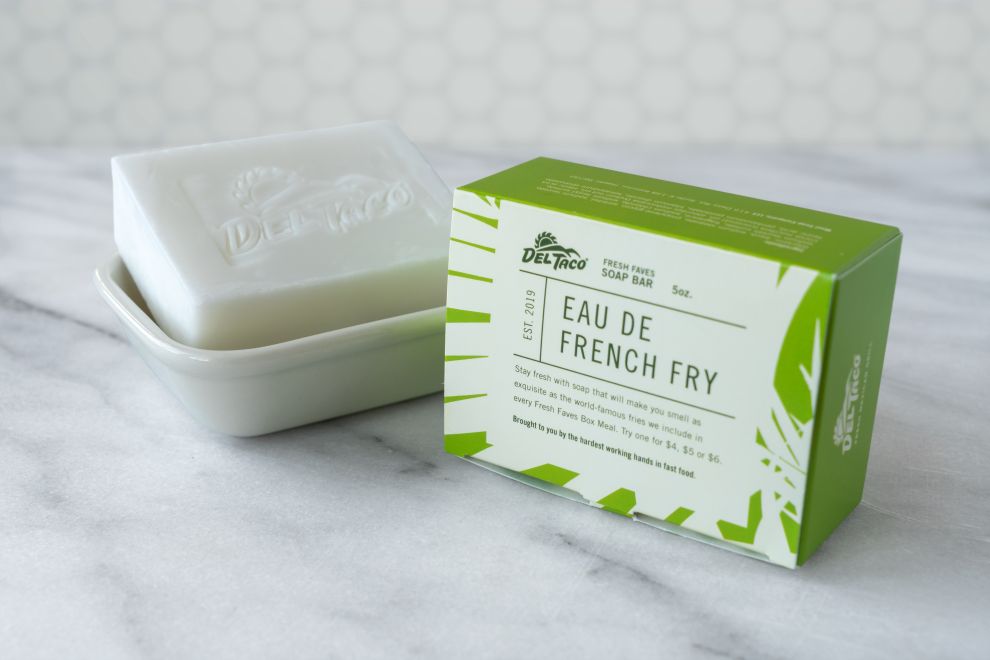 Stamped with the Del Taco logo and packaged to look like a Fresh Faves box, the delicious-smelling five-ounce bars went live on March 7th. Packaging states that Eau de French Fry is 'brought to you by the hardest-working hands in fast food'.

“We thought there was no better way to reward superfans during the Fresh Faves launch than to give them a fun, novel take on ‘fresh,’” said Camp + King CCO Roger Camp. “It’s a distinctive benefit that fuels the Del Taco love.”

“For Del Taco, value means offering guests an unbeatable combination of freshly prepared, craveable items offered at prices below many national competitors,” said Barry Westrum, Del Taco’s chief marketing officer. “We created these boxes based on demand from our guests, loading them up with our most popular products, not fillers, including our famous crinkle-cut fries, because if you’re going to get a box meal, it should come with some hot and crispy fries.”

How Consumers Can Help Brands Recover from Covid
View all News