The Gunn Report features work in '20 Best Commercials of the 21st Century: So Far' list 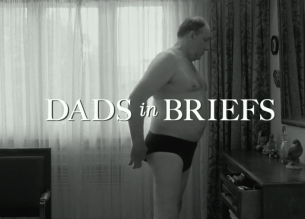 The award-winning BGH spot ‘Dads in Briefs’ created by Del Campo Saatchi & Saatchi Buenos Aires, has been officially named in The Gunn Report’s list of “20 Best Commercials of the 21st Century: So Far”. The Gunn Report is a highly regarded global index of creative excellence in Advertising, and BGH ‘Dads in Briefs’ is the only Ibero-American commercial selected.

Saatchi & Saatchi Worldwide Creative Director Pablo del Campo commented: “It is an honour to have our work included in such an exclusive list, which includes prestigious spots for Honda, Sony, Cadbury’s, Volvo and Old Spice. The inclusion of BGH ‘Dads in Briefs’ from Del Campo Saatchi & Saatchi Buenos Aires, demonstrates how this outstanding creative put the Argentine ad industry at the centre of the creative world.”