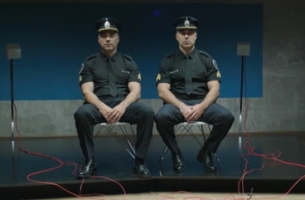 In addition, “Almost Identical,” Del Campo’s campaign for Beldent Infinit, was recognized as one of the “Highlights of the Year”, ranking #6 in the world in “The Most Awarded All Gunns Blazing in the World 2014” category, which evaluates both integration and innovation.

“We’re very pleased with the results of The Gunn Report. From the moment we ranked last year, we’ve been working hard to continue playing in the big leagues, just as we’ve been doing since the agency was founded in 2000. These results are the product of the talent and energy of each and every member of our team, lead creatively by Juan Pablo Lufrano, Rafael Santamarina, and Ariel Serkin,” says Gloriana López-Lay, CEO of Del Campo Saatchi & Saatchi.

The Argentine agency has reached this esteemed position working for clients such as Procter & Gamble, Mondelez, Andes Beer for InBev Quilmes, Coca-Cola and BGH, among others.