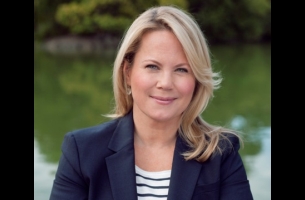 Digital agency Definition 6 is pleased to welcome industry vet Diana Lochridge as Executive Producer/Creative Director of its Entertainment Division. She will play a pivotal role in enhancing the team’s hybrid model for integrating entertainment marketing with creative, social, and digital expertise. Lochridge joins Definition 6 on the heels of the agency being named as Social Agency of Record for WE tv.

“You can hire all the salespeople in the world, but having someone as versatile and seasoned as Diana elevates your business on a whole new level,” explains Rob Ortiz, EVP of Integrated Media and head of Entertainment.

In her new role, Lochridge will work directly with Ortiz and will be supported by a team of award-winning content creators and social strategists who have developed branded video, imagery, and messaging across all screens and social media platforms, from promo campaigns to live-tweeting during broadcasts to fan-content curation.

Lochridge has already overseen a soup-to-nuts campaign for the TBS promotion of the iHeartRadio Music Awards, hosted by Jason Derulo, which aired during the multi-network broadcast of the NCAA basketball tournament popularly known as March Madness.

“While the campaign required an incredibly tight turnaround, the exceptional rapport and trust I already had established with [VP of On-Air] Bret Havey and [Director On-Air Promos] Allison Karnbad at TBS allowed Def 6 to collaborate on a much larger scale and seamlessly produce, from concept to completion, a stellar campaign,” says Lochridge. “I don’t believe I could’ve pulled that off at any other agency.”

Prior to joining Definition 6, Lochridge most recently consulted on the rebrand strategy and on-air design of WE tv. Her 25+ years of advertising and marketing experience is highlighted by staff positions at TV networks and creative agencies, including HBO, Comedy Central, VH1, Crossroads Television, and Charlie Company. As Vice President of Creative Services at truTV, she notably played a key role in rebranding the network from Court TV — one of TV’s most celebrated rebrands to date.

“Diana is an exceptional creative leader who brings a great depth of experience after many years in our industry,” says Marc Juris, President at WE tv. “I have no doubt she’ll continue to do breakthrough creative at Definition 6.”

“TV audiences are bringing social into the fold more and more these days, and they’re hungry for more content,” concludes Ortiz. “When you combine our TV marketing knowledge with our deep understanding of the social landscape, we can strategize, create and integrate content for every platform at Definition 6 — and essentially be an extension of our client’s internal team.”