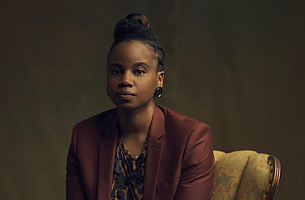 Production and Management Company Anonymous Content has announced that director Dee Rees has signed for commercial representation in the US and UK.

The news kicks off a groundbreaking 2018 for Rees, whose feature drama Mudbound has been met with sweeping praise and four Academy Award nominations, including two historic nods: Best Adapted Screenplay (for co-writers Rees and Virgil Williams), making her the first African American Woman ever to be nominated for Writing; and for Cinematography, with DP Rachel Morrison becoming the first woman nominated in that category.

“Dee is a fearless talent and an important voice in our industry,” says Eric Stern, Anonymous Content’s Managing Director and Partner. “We couldn’t be happier that she’s joined the Anonymous Content family.”

"I'm very excited to be working with the cool creators and storytellers over at Anonymous and can't wait to play around with some fun and interesting short-form art," says Rees.

Now streaming on Netflix, Mudbound explores the racial divide of the post-WWII South with sharp commentary and heart-wrenching results. Starring Mary J. Blige, Carey Mulligan, Garrett Hedlund, Jason Mitchell and Jason Clarke, the film is set in the segregated Mississippi Delta, and tells the epic story of two families pitted against a barbaric social hierarchy and an unrelenting landscape as they simultaneously fight the battle at home and the battle abroad.

An alumna of New York University’s graduate film program and a 2008 Sundance Screenwriting & Directing Lab Fellow, Rees’s first feature Pariah premiered at Sundance in 2011 and won Excellence in Cinematography Award for the festival’s U.S. Dramatic competition. Pariah went on to be honored with the John Cassavetes Award at the Independent Spirit Awards; the Gotham Award for Best Breakthrough Director; and Outstanding Film –Limited Release at the GLAAD Media Awards.

Rees’s other work includes HBO film Bessie about the life of singer Bessie Smith, which won four Primetime Emmys, including the award for Outstanding Television Movie. She has also written and directed TV episodes for Fox’s smash-hit Empire and ABC’s miniseries When We Rise, about the history of the modern gay rights movement. Rees’s upcoming film projects include FilmNation’s An Uncivil War, which tells the story of feminist activists Gloria Steinem (Mulligan) and Florynce "Flo" Kennedy's efforts to ratify the Equal Rights Amendment; and a re-teaming with producer Cassian Elwes in adapting Joan Didion’s political thriller The Last Thing He Wanted for the big screen.