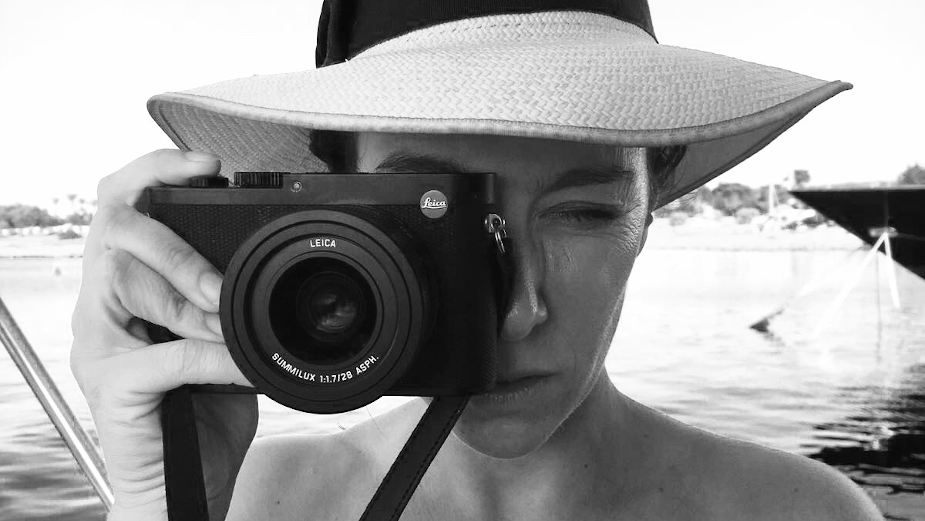 The Norwegian born director and producer, best known for her work on The Crown and Shondaland’s Bridgerton, has signed with Dark Energy for UK commercials representation.

Dark Energy's executive producer, Anna Allgrove comments: ‘We are over the moon to have a talent like Dee join the roster. Not only has she got vast experience in high end TV drama but she brings a catalogue of beautiful work for the likes of Victoria Secret, Johnnie Walker, M&S and Comic Relief to name but a few. Her latest work for Coronation Street’s 60th birthday is a perfect example of how her TV skills can translate for the advertising market’

Dee adds: ‘Having pitched on the Coronation Street 60th Anniversary film with Dark Energy, it felt natural to develop the relationship further and join the roster. I’m excited to see what our future collaborations bring!’

She further comments, ‘It was a total joy to be part of creating a film paying tribute to such an iconic British TV series & its creator - Tony Warren. Filming with Harry (who won the Tony Warren Bursary to go to drama school) was a delight, and it felt like true serendipity - with Tony's legacy giving a helping hand to an up & coming actor. Happy 60th Coronation Street!’

It was 1959 when the young writer from Salford was on the late King’s Cross to Manchester train with BBC Producer, Olive Shapley, when he woke her in the early hours to announce he had a great idea for a show about “ordinary people on an ordinary street”.

Now, ahead of the show's 60th anniversary and recreating the story Olive was later to recount on a ‘This Is Your Life’ dedicated to Tony - ITV has produced a campaign certain to capture the nation’s heart as we relive the very moment he first announced his bright idea -only to find himself knocked back with Olive telling him 'how boring' and 'to go back to sleep!'

With the sounds of the train staff and ticket officer echoing in his head, we see the young Tony sit back with a smile still on his face, as if the he knows his idea is definitely the right one, and after sixty years of being in the top ten most watched UK shows every single week, selling to over 130 countries and employing thousands of people it seems it most definitely was.

Created by ITV Creative, ITV's in-house creative agency and directed by Dee, the celebratory campaign has a synergy all of its very own as Tony is played by the latest recipient of the Tony Warren Bursary, Harry Chalmers Morris, who only began his studies at LAMDA in September.

On being asked to play the man whose bursary is helping him become the actor he’s always dreamt of Harry said: “Only when I was playing Tony did I realise the magnitude of his contribution. His sheer force of will helped break what seemed like an impenetrable glass ceiling as the thought of giving working class voices air time was unthinkable. I have so much gratitude for Tony for paving the way for actors from the north west”.

Filmed in a specially created train carriage at Dukes Island Studios, the campaign captures an era now long gone, a time where it was unheard of to have working class people featured on television and Tony’s herculean task to get the bosses at ‘Granada’ to listen to him was about to begin.

Tony Pipes, executive creative director, of the campaign notes: "It's always been a privilege to work on projects for such an icon of British Television, like Coronation Street, but even more so to celebrate its creativity. The true story of a young man whose imagination lit a spark that turned into a flame, lasting 60 years and beyond. I hope this inspires young writers, young actors and young ‘imagineers’ to carry on its legacy and create its future and more. Happy Birthday Corrie and Thank you Tony Warren".

Sarah Tobias, marketing controller, ITV, states: “For the 60th campaign we wanted to show the nation how the street came about, with these two very special people travelling on a train. This is a love letter to Tony and Olive's journey and hopefully shows what an amazing thing happened in that moment, in that carriage.

In a year of so much tragedy we hope to bring joy to viewers in celebrating the spark of an idea that, when mixed with a lot of determination, became the longest running continuing drama in the world”.

The campaign premiered ahead of the new series of I'm a Celebrity get Me Out of Here on Sunday 15th November at 9pm and will be running on ITV until the anniversary itself on Wednesday 9th December.

You can view more of Dee's work here.

With thanks to: Gilbert Lake