Steven is know for his tireless passion for unique storytelling 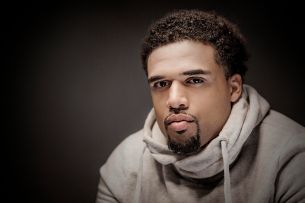 Creative production company DECON has signed director Steven Caple Jr. for his first U.S. commercial representation. The director, whose debut feature film The Land recently premiered nationwide, brings a tireless passion for unique storytelling and a desire for infusing personal global perspective to all of his work. The Land is executive produced by Nas and tells the story of four teenage boys who devote their summer to escaping the streets of Cleveland, Ohio to pursue a dream life of professional skateboarding. The film, which stars Erykah Badu, MGK and Michael K. Williams, premiered at Sundance in 2016 to rave reviews and was acquired by IFC Films for U.S. distribution. DECON’s sister company, Mass Appeal, released the soundtrack for the film, featuring music from Nas, Kanye West, Erykah Badu Pusha T, French Montana and other notable artists.

Click here to view a trailer of The Land.

Notes DECON Partner/Executive Producer Misha Louy: “We’re so thrilled to be adding Steven to our roster. He’s the type of person that you meet and know is going to be a star. He’s a composed professional, full of fresh creative ideas, he’s magnetic and he’s just getting started with his career. He already feels like a DECON/Mass Appeal family member. PSYCHED.”

Adds Caple Jr.: “Making The Land to share with the world has been a dream for a while. To make a film that’s so close to my heart and home (Cleveland) with such a committed team has been incredible. The producers, cast, crew and musicians all see the importance of telling this story. This hard process of turning this idea into an actual product has created a newfound family. I’m excited to continue the journey with DECON and Mass Appeal and produce great material. The Land was just the first stop.”

Cleveland, Ohio native Steven Caple Jr. studied Directing and Film/Video Production at the University of Southern California’s esteemed M.F.A. program at the School of Cinematic Arts. While there, he helmed a number of films that garnered industry accolades, including Best Film in HBO’s Short Film Competition at the American Black Film Festival. His film “A Different Tree” won a Jury Prize from the Director’s Guild of America, the Audience Choice Award at NBC’s Shortcuts and appeared on HBO GO and HBO Family. In late 2014, Caple directed the short film “The Land of Misfits” that quickly gained industry buzz a sparked its feature adaptation to The Land. He is currently a fellow in the new Sundance FilmTwo Initiative where he is developing and writing a film alongside Sundance Lab advisors and NBCUniversal.