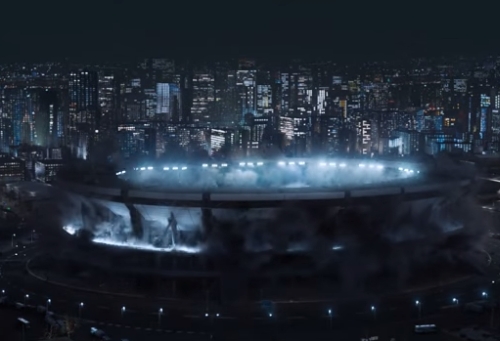 Anderson Luís de Souza, also known as Deco, stars in this neon-night themed spot, playing in the debris and rubble of a destroyed football stadium.