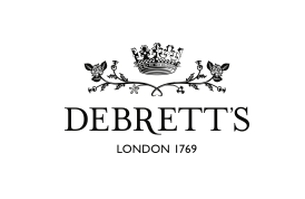 Debrett’s has announced the 2015 Debrett’s 500, the definitive list of the 500 most influential and inspiring people in Britain today.  The annual list, which covers the whole spectrum of society, including Politics, Advertising and Sport, has quickly established itself as the barometer for outstanding achievement in modern Britain.  This year, established personalities such as Tony Blair and Richard Branson are joined by new faces, including Internet sensation Zoe Suggs and Oscar hopeful Eddie Redmayne. Click here to view the full list on the Debrett's website.

For almost 250 years Debrett’s has recognised people of influence and achievement in British society. In 1769, Debrett’s produced the Peerage, and from 1982, they recognised the achievements of over 22,000 people from every spectrum of society, in the People of Today.  The annual Debrett’s 500 extends their recognition of the most influential, inspiring and achieving individuals across Britain.

The Debrett’s 500 covers 24 sectors, including Architecture, Education, Sport, Food and Journalism. There are 311 new names in this year’s list.  New entries include actors Idris Elba and Peter Capaldi, Lewis Hamilton and Claire Balding from the world of sport, musicians Ed Sheeran and Sam Smith, and digital sensations Zoe Suggs and Jamal Edwards.  The youngest personality on the list is activist Malala Yousafzai, aged 17, and the oldest, broadcaster David Attenborough, is aged 88.  There are 147 females on the list.

Following on from the Debrett’s 500 announcement, the organisation continues its work on the Debrett’s Foundation.  Established in 2014, the Foundation aims to support, champion and inspire social mobility to ensure that the next generation of leaders and influencers are from all walks of life and backgrounds.

Joanne Milner, Chief Executive at Debrett’s, said: “We are delighted to announce this year’s Debrett’s 500.  It’s a fascinating mix of people, and not entirely who you might expect. Every individual, though, demonstrates outstanding qualities of influence, achievement and inspiration.  I think now is the perfect time to consider how we can inspire the next generation of influencers, so that we can ensure that everyone, regardless of their background, has an equal opportunity to succeed.  The Debrett’s Foundation is our way of addressing this issue."