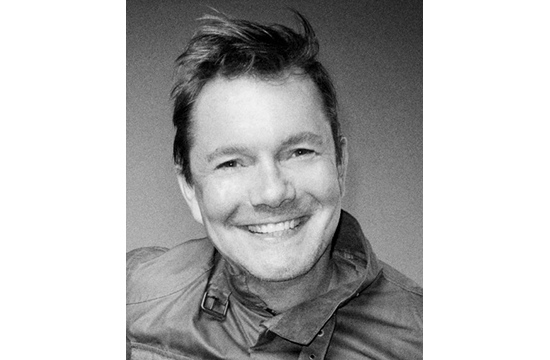 Believe Media is excited to announce renowned image-maker Dean Freeman has joined their UK directorial roster.  Having made his directorial debut less than two years ago, Dean Freeman continues to bring his recognizable, curiosity-driven style to the world of commercial directing with Believe.

Dean made the natural transition from photography to moving images with personal beauty and fashion projects such as, ‘Young Love ’ ‘Holly’s Wood,’ and ‘Wasteland Fairytale,’ and the Dior-inspired project “Running Out of Time,” which was featured on Purple TV.   These first glimpses reveal Dean’s great understanding of the importance of casting, a skill that allows him to unearth memorable performances and deliver his trademark sense of authenticity and intimacy.  His follow-up docu-realism films on youth-culture ‘L.A. Gang’ and ‘Girls in the Hood’ showcase Dean’s ability to immerse himself in the worlds of his subjects.  These short films sparked industry buzz and opened the doors to commercial advertising work, leading Dean to have directed nearly a dozen advertising campaigns since for the likes of Nivea, Laughing Cow, Lenor, and Libresse, and Dean is currently in development on an intriguing new fashion project "Selfie."

"Dean's celebrity, fashion and beauty credentials fit snugly with the Believe brand and his personality with that of the London office,” remarks Believe’s MD/EP Kate Golding.  “He has total dedication to every aspect of his work, which translates effortlessly into the performance he gets from his cast, his totally on-trend styling, and his relaxed and upbeat photography."

Dean established a reputation as an international icon maker with his mix of striking celebrity portraiture and observational reportage.  As a trusted photographer and confidant of the A-list, Dean has released ten hugely popular books on subjects ranging from the Spice Girls and David Beckham (which both went on to sell over a million copies), Leona Lewis, and Michael Bublé, among others. In Michael Bublé’s book Onstage, Offstage, the singer says of Dean, “He is not only a great photographer, but has the innate ability not to invade one’s space.”

An art book of Dean Freeman’s career titled FunkyTown presents unseen celebrity portraits alongside intimate glimpses into the ordinary lives of people across five continents.  Former Editor-in-Chief of The Independent, Simon Kelner, wrote in the book’s foreword, “Freeman’s eye is trained on humanity in all its forms.  And that’s what this book is in its essence: a celebration of humanity, its frailty, its energy, its beauty and its variety.”Dean’s work has been exhibited internationally and acquired by private collectors around the world, and he boasts an equally impressive advertising portfolio with global campaigns for clients such as Levi’s, Coca Cola and American Express.

Dean first discovered his passion for photography at the age of 5 through his father Robert Freeman, a noted photographer responsible for many of The Beatles’ most iconic album covers and images, and the first ever Pirelli calendar (featuring Dean’s mother Sonny as a model.)  Dean’s own photographic rise came some twenty years ago during a parallel moment in British music history when documenting the Spice Girls phenomenon.

With the support of the Believe producing team, Dean continues to bridge his illustrious decades-long photography career into the world of moving images.  On stepping into the Director’s chair, Dean says, “Being a relatively new director is a benefit, you have a fresh perspective with the new medium.  What I find exciting is that people have seen my reels without knowing the history and heritage, and people are finding my work very fresh, engaging, and effortless.  That’s the kind of work I strive to make.“