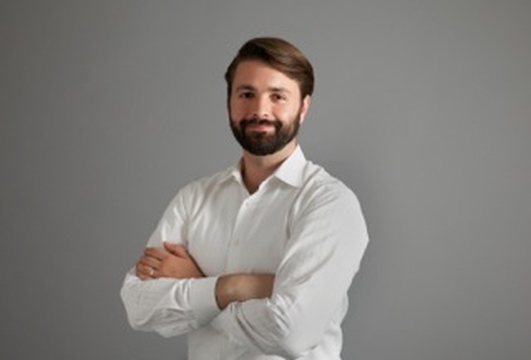 Award-winning strategic advertising agency MUH-TAY-ZIK | HOF-FER today announced the signing of Dean Casalena as Director of Technology. Dean brings over 12 years of engineering and leadership experience to the agency, having worked with numerous high-profile brands such as Coca-Cola, Disney, and Microsoft, and has contributed to pioneering technological breakthroughs. In his new role, Dean will engage in strategic discussions with clients, bringing technical insight and practical engineering direction that will push digital projects to completion and success.

"It’s amazing to have Dean sitting right in the middle of the process here,” says John Matejczyk, Co-founder and Executive Creative Director, MUH-TAY-ZIK | HOF-FER. “We are able to think together with real-time clarity about what’s possible. He’s making us better, faster."

Dean’s technological accomplishments include building a prototype of a video analytics system to attract a seed round of investment ($1M+) for a cloud start-up; writing a self-regulating traffic management algorithm; and building a location-based server-load-balancing system. He has headed up UX and UI at various companies and helped develop and patent technologies relating to video security and advanced streaming (automatic bitrate adjustment).

"Advertising is tightly coupled with an extremely fast-changing technology landscape,” said Dean. “I'm thrilled to be joining an agency that not only accepts this reality, but is inspired by the possibilities it brings. I'm also looking forward to being a part of the culture established by their leadership, which includes a relentless pursuit of excellence."

Casalena is originally from South Africa, where he began his career in technology and advertising in high school.