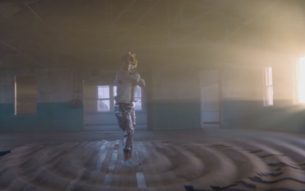 FCB New Zealand has unveiled a ground-breaking project, DEFY, for Sony Australia New Zealand, launching the new Extra Bass SRS-XB3 wireless speaker. At the heart of the campaign is Macy Baez, a 15-year-old hip-hop dancer who was born profoundly deaf.

The collaboration with the young dancer features a hip-hop/electro track specifically designed for her, so she can literally feel the music, powered by Sony’s new speakers.

FCB Executive Creative Director Tony Clewett says about the campaign, “We were looking for an authentic way for Sony to launch the new Extra Bass range. In walked Macy Baez - a dancer, born profoundly deaf, who literally ‘feels the music’. Search over.”

Baez is able to experience sound with the aid of cochlear implants, but relies heavily on being able to feel music vibrations, particularly bass notes, in order to dance. With this in mind, FCB and Sony enlisted the skills of Josh Fountain from Level Two Music in Auckland, New Zealand, to compose a track specifically for Baez.

Strong bass notes throughout the track enable Baez to feel vibrations that have helped her to choreograph a 90-second dance to the beat.

Supporting the hero video are online videos created by FCB, including behind the scenes content, the background story of Macy Baez and a surprise meeting for Macy with her number one idol, celebrity choreographer Parris Goebel. The campaign will also be supported in-store with point of sale material in New Zealand and Australia.

Sony Australia New Zealand Head of Video and Sound Abel Makhraz says, “Macy is incredibly talented and an inspirational young woman. We’ve enjoyed working with FCB on this campaign, from the initial creative concept, through to the production and amplification. It’s been an integrated collaboration that we’re very proud of.”