Deadpool to Dorothy: 2018’s Top Use of Character Licensing in Advertising 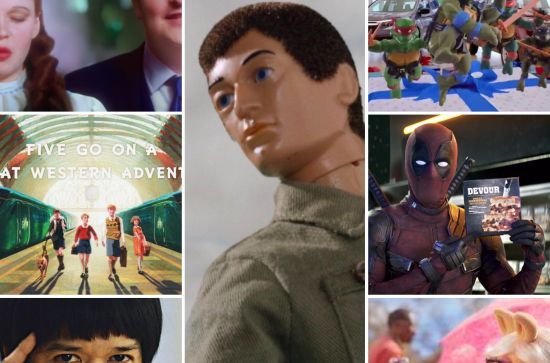 It's been proven that placing well known characters in advertising is a great way to cut through the clutter and attract consumer attention. In fact, consumers may feel compelled to share the ad with their friends and on social media.

When someone sees a well known character in advertising they tend to stop and take notice. It's why in 2017 Moneysupermarket's Twitter mentions went from 100 a day to over 35,000 per hour when the He-Man and Skeletor Dirty Dancing campaign launched. Viewers watched it, they shared it and then they watched it again. And probably again.

It's not surprising that advertisers leveraged characters to create more incredible campaigns in 2018. Here's some of the best.

What could follow viral sensation He-Man and Skeletor recreating Dirty Dancing which resulted in over 27 million views in a few days? It had to be equally as EPIC! Enter Epic Action Man dancing across a desert to CeCe Peniston's ‘Finally’!

To celebrate the launch of Deadpool 2, viewers get a glimpse of how Deadpool’s dreams look. They are as wacky as one would expect!

3. Wizard of Oz for Halifax

Who would have thought that Dorothy and her friends would need a home loan? Well... it happened. This was a truly impressive way to use existing footage in an ad campaign.

4. The Muppets for Barclaycard Entertainment

It’s hard not to love The Muppets. Barclaycard Entertainment recruited Kermit, Miss Piggy and the gang to help launch their new product.

Here we see UK energy brand Boost create their own character ‘Boost Lee’, inspired by the one and only Bruce Lee.

Honda continued their strategy of tapping iconic retro characters in this campaign. Previously they have licensed Strawberry Shortcake, Skeletor and He-Man and G.I. Joe.

This well-known British classic book series was a perfect fit for Great Western Railway who wanted to showcase heritage and adventure.

There is certainly a trend of using iconic and well known characters in advertising and I have no doubt that there will be more coming our way in 2019!