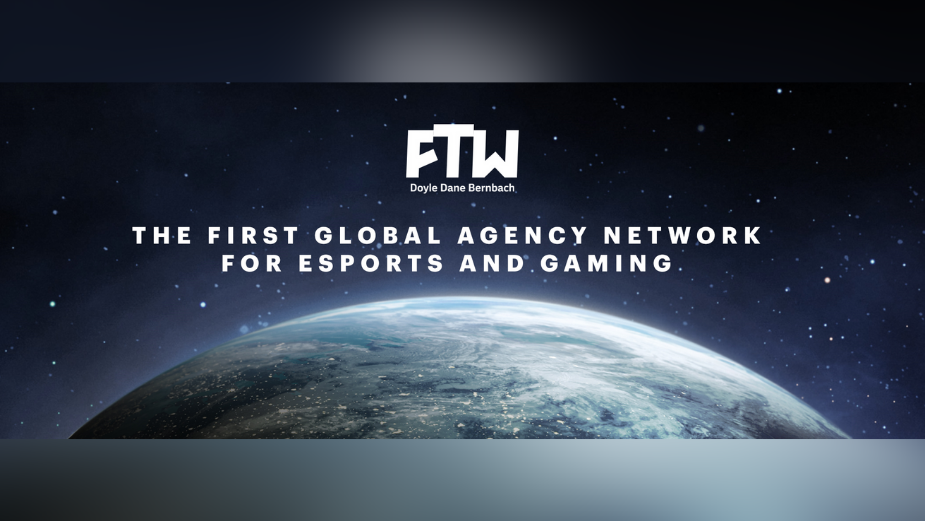 DDB FTW (For the Win), DDB’s specialised esports and gaming network, has expanded to 15 markets, reflecting the rapid growth of the gaming industry, which is now the most profitable in the entertainment sector.

DDB FTW was launched in November last year, immediately securing a global partnership with ESL, the largest esports company in the world.

Based in Prague, DDB FTW, is rolling out in 15 markets and will now be present in major world regions including Latin America (Mexico, Guatemala, Peru, Brazil and Argentina), EMEA (Russia, Germany, Sweden, France, Turkey, Italy, and Czech Republic) and APAC (Hong Kong, China and South Korea). Five more offices are planned to open later this year and the possibility of expanding FTW to the US is being considered.

In response to client and market demands, the agency has targeted the fastest growing regions for its first wave of new office openings: APAC represents over half of all gamers worldwide, Latam is showing the largest near-term category growth, and Europe maintaining its position as the cornerstone of competitive gaming and esports.

"The signals are clear: Immersive storytelling is in, hashtag campaigns are out, and pro-gamers are the new rockstars. Businesses are often surprised when they discover the old ways aren't working, and we're here to make sure that doesn't happen for our clients. With a global footprint, new products and services, and deep ecosystem partnerships, we're rolling out a 10 year plan that establishes DDB FTW as the genre-defining agency in the gaming category," said Gavin Cheng, MD DDB FTW Worldwide.

This major expansion of the network comes on the back of the accelerated growth of gaming, which is worth more than movies and music combined, as a channel to reach a highly engaged audience of 2.7 billion gamers worldwide. The gaming ecosystem includes many tribes and diverse values and therefore offers huge opportunities for brands.

Glen Lomas, president of EMEA DDB, said: “Gaming has become the new 'third place' — just as important as the real world for the people who invest their attention, passion, and money in these virtual spaces. DDB has launched the biggest titles and platforms in the gaming industry, and now we are consolidating our expertise and relationships to help our clients claim real estate in this new frontier of communications — a new era of 'multi-world marketing'”

Esports and game streaming revenue is set to increase to $3.5bn by 2025, according to recent reports from Juniper research. The audience for esports and game viewing is expected to rise 25% during the same time period, resulting in 1 in 9 people globally actively watching esports and gaming content.

Darko Silajdžić, CEO, DDB FTW Worldwide, said: "The world's first gaming & esports global agency network is an absolute reality now. Having branched out in a large number of markets across the globe, we are now able to offer unprecedented solutions on a global and regional scale and use our cultural know-how across the world to help brands drive the big cultural revolution that is happening around gaming as we speak."

How ‘The Giving Room’ Made IKEA Shoppers Donate