DDB Worldwide Named Network of the Year at Eurobest

adam&eveDDB nabs Agency of the Year at 2015 festival 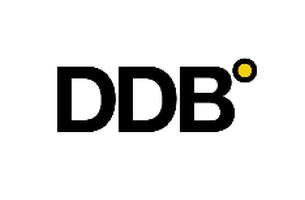 DDB Worldwide was named Network of the Year and adam&eveDDB Agency of the Year at the 2015 Eurobest Festival of Creativity, which took place in Antwerp Thursday night.

adam&eveDDB had a total of 17 awards, including three of the four Grand Prix: Film Craft for John Lewis Tiny Dancer, and Integrated, as well as Film, for John Lewis Monty.

The fourth Grand Prix was awarded to DDB Brussels for their Base Telecom PhoneAddress in the Mobile category.

Pietro Tramontin, CEO DDB EMEA, says: “We are thrilled to see another outstanding year for DDB and our clients, and I am enormously proud of the great network talent who have all contributed to this success.”

Ben Priest, Founder and Chief Creative Officer adam&eveDDB, added: “To be Agency of the Year at Eurobest in 2014 was great but to win it again in 2015, back to back is amazing. This is a true festival of European creativity and we feel very honoured.”