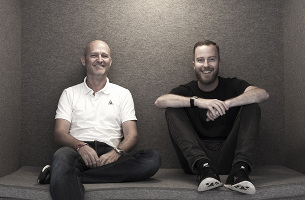 Prior to his new role, Stephen Joss has worked for the agency since 2013 as a Senior Art Director, partnering with Holzapfel on award-winning global campaigns, including #ChampionTheMatch for Heineken International – and worked on clients such as McDonald’s, adidas, KLM and TomTom. Before joining the Amsterdam creative agency, Joss built his expertise in Australia at DDB Sydney and GPY&R Melbourne, winning multiple awards including Cannes Lions, Eurobest, AWARD & Effies for his work.

Stephen says: “I am honoured to be appointed Creative Director for DDB & Tribal Worldwide, Amsterdam. Having been part of the DDB network for over four years now, I’ve always admired the work from the Amsterdam office; and now to be part of the agency’s leadership and direction is truly exciting. Bram and I have a great complimentary partnership and specialised expertise; helping our brands navigate their way through today’s ever evolving communications landscape.”

Joris Kuijpers, Executive Creative Director at DDB & Tribal Worldwide, Amsterdam, adds: “In his years of working at our agency Stephen has shown that he has an exceptional mind and skill. We’re confident that working together with Bram as a creative duo he will solidify the agency’s position in creating great work.”

The appointment of this new creative duo is an addition to the previous announcement of creative directors Ed van Bennekom and Jasper Diks joining the agency. The creative team, joining from independent Dutch agency N=5, will join DDB & Tribal Worldwide, Amsterdam the 16th of November.