Agency launches new spots for those who want to buy the car, not the ad 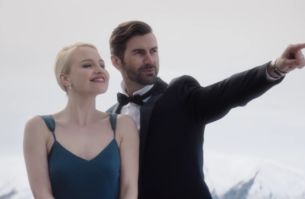 A car ad campaign that subverts the clichés while cleverly making use of them is the centrepiece for ŠKODA Australia's new ad campaign via DDB Sydney.

Airing from tonight on free-to-air and pay television, the four TVCs were filmed amid the wintery scenic splendour of New Zealand. Featuring actors whose appearances embody the inevitable type casts of car commercials, the ads initially appear to be cast from the same mould as these.

Says ŠKODA Australia managing director Michael Irmer: "I thought: 'This is brilliant! Why has no-one thought of it before? Initially we wanted to do a more conventional ad which points outs the merits of the car, but another way of doing it was found and it's one we couldn't resist.

"I think now that this will make you think of ŠKODA every time you see one of those car brands that uses the clichés."
view more - Creative