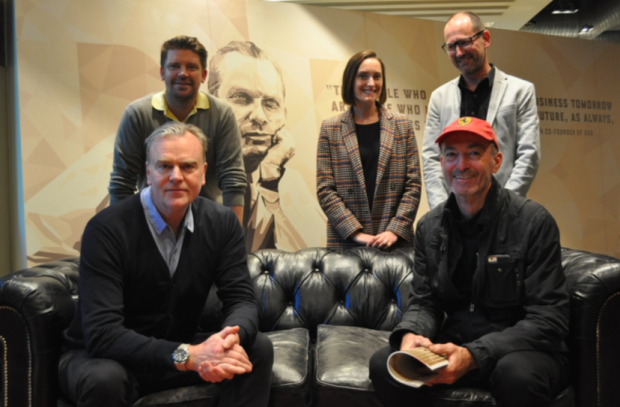 Campaign Brief Agency of Year DDB Sydney and its client McDonald’s Australia have signed up for the 2019 iteration of Advertising Capstone Challenge Australia.

Advertising Capstone students from Swinburne University of Technology, the University of Queensland, and Western Sydney University will compete in the 2019 challenge for the opportunity to pitch their advertising campaign solution in October to a panel made up of executives from McDonald's Australia and DDB Sydney.

Come pitch time, the Advertising Capstone Challenge Australia trophy will be awarded, with all of the students in the winning team also securing coveted advertising internships at DDB Sydney or Melbourne, as well as role specific mentorships from executives at DDB Australia.

Says Priya Patel, managing director, DDB Sydney: “We’re always looking for new ways to introduce brilliant young talent into our industry and as such, are thrilled to be hosting this year’s Capstone Challenge.”

Says Jenni Dill, chief marketing officer, McDonald’s Australia: “We’re a business that takes enormous pride in providing many young Australians with experience that helps them build the foundations for a great career. It was a no-brainer for us to partner with our creative agency, DDB, for this year’s Advertising Capstone Challenge, which also centres on helping the training and development of young people starting out in the workforce.”

The advertising capstone challenge was initiated in 2016 with ‘Big Media’ from UQ Business School winning the pitch for the Women’s Big Bash League and Cricket Australia via M&C Saatchi (Melbourne).

Authentic Industry based learning is an important aspect of the advertising programs of the partner Universities ensuring that the graduating talent of tomorrow has the requisite knowledge for today’s complex business environment.